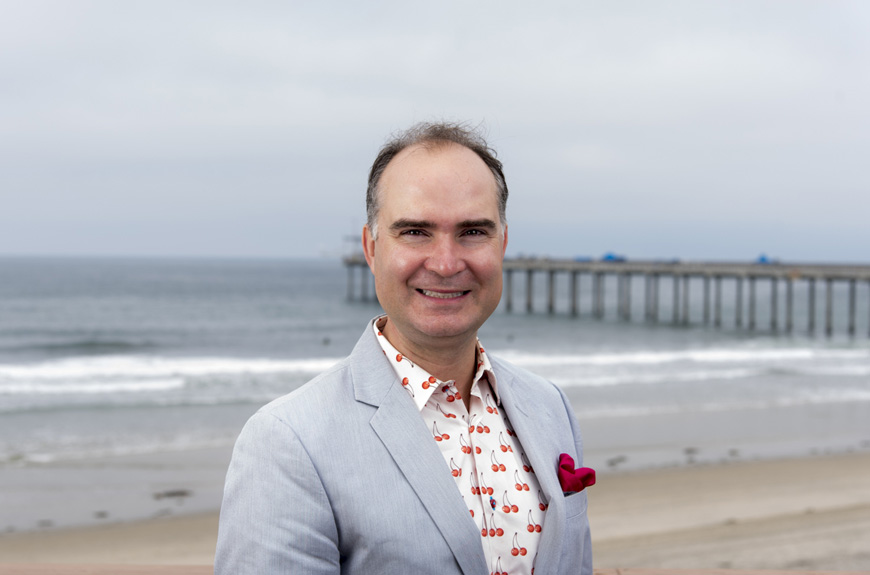 Patrick M. Callaghan has been hired as the new assistant vice chancellor at Scripps Institution of Oceanography.


Patrick M. Callaghan, an accounting, financial management and operations executive, has been hired as the new assistant vice chancellor for finance and operations at Scripps Institution of Oceanography at the University of California San Diego.

In the position, Callaghan functions as the chief financial officer and chief operations officer to Scripps Oceanography, providing leadership and oversight of budget and finance, facilities, campus planning and construction, and human resources management.

Callaghan joins Scripps Oceanography from the University of Western Ontario in London, Canada, where he served as the director of finance and operations, and oversaw an operating budget of $15 million to administer $250 million worth of grant revenue each year.

“UC San Diego is delighted to have an experienced financial management executive join the senior leadership team at Scripps Oceanography,” said Margaret Leinen, UC San Diego’s vice chancellor for marine science and director of Scripps Oceanography. “Patrick's skill set is especially important now with Scripps Oceanography in the midst of transforming its campus, and given the institution’s significant ongoing research and education operations.”

In addition to leading finance and operations at the University of Western Ontario, Callaghan served as the acting director of Animal Care and Veterinary Services where he provided interim leadership related to capital budgeting for biomedical research facilities and managing a staff of 50 employees. Prior to joining the university, he served as the director of the PRA Group, a professional risk management advisory service, where he advised business process mapping and management, human resource policies and procedures, risk identification, remediation, and more. An accredited Chartered Public Accountant (CPA), Callaghan has also worked in management roles at KPMG LLP, Parliament of Canada, and PricewaterhouseCoopers LLP.

“Patrick has a comprehensive and versatile management experience in both the private and public sector, and will be a great asset to UC San Diego,” said Pierre Ouillet, vice chancellor and chief financial officer for UC San Diego. “His background in finance, operations, human resources and risk management will serve him well in managing the rich and complex operations of the Scripps Institution of Oceanography and their close integration with the rest of the campus.”

In his new role, Callaghan oversees campus planning and construction at Scripps, and has become one of the most important centers for earth science research and education in the world. The institution occupies 86 buildings on 170 acres on campuses in La Jolla and the Nimitz Marine Facility in Point Loma. Scripps receives over $180 million in research funding with overall annual expenditures in excess of $200 million, and operates a fleet of research vessels—including R/V Sally Ride, the newest in America’s research fleet—a new coastal vessel R/V Bob and Betty Beyster, R/V Roger Revelle, R/V Robert Gordon Sproul, and the famous research platform FLIP.

Callaghan assumes oversight of projects such as the reconstruction and modernization of the Charles and Beano Scripps Center for Coastal Studies, a $9.9 million project to perform a complete renovation of the building that houses scientists who study the physical processes of the ocean that impact the California coast, including coastal erosion, shoreline pollution transport, and sea-level rise. Construction is underway and expected to be complete by Spring 2020. Additionally, Scripps is developing a first-of-its-kind simulator, the Scripps Ocean Atmosphere Research Simulator (SOARS), which will mimic the ocean atmosphere interactions capturing the interactions of wind, waves, microbial marine life, and chemistry at the air-sea interface in a laboratory setting.

Fundraising is also underway for the Marine Conservation and Technology Facility, the physical center for the Center for Marine Biodiversity and Conservation (CMBC), which promotes interdisciplinary research and educational approaches to understand and maintain ocean ecosystems and manage their use in the face of rapid global change. The $35 million building will inspire collaboration and feature modern classroom facilities, a 100-seat lecture hall, state-of-the-art laboratories, a data visualization center, a large research aquarium, an ocean-view cafe, and a sustainable seafood demonstration kitchen.

"I'm honored to be working here at Scripps Institution of Oceanography,” said Callaghan. “I'm looking forward to assisting the researchers, faculty and staff to achieve their goals, and to maintain Scripps’ reputation as a great place to work."

Callaghan replaces Steve Gallagher, who served as assistant vice chancellor at Scripps Oceanography from October 2015 to October 2018. While at Scripps, Gallagher developed a Scripps physical planning study and led a major effort to complete deferred maintenance throughout the campus.

Callaghan holds a degree in business administration from the Richard Ivey School of Business at the University of Western Ontario, and received his CPA from the Institute of Chartered Accountants of Ontario. Callaghan has relocated from London, Ontario, to the San Diego area along with his wife and three children.