As California issues sweeping water restrictions in response to a historic drought, researchers at Scripps Institution of Oceanography are joining the state Department of Water Resources, NOAA, the federal Department of Energy, county water authorities, and other agencies in understanding and addressing the threats posed by prolonged drought. 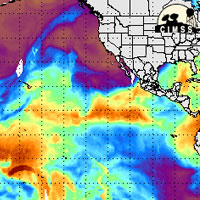 Scripps scientists are leading efforts to understand how California and other western states get their precipitation. A multi-agency field campaign known as CalWater2 is yielding first-of-its-kind information about atmospheric rivers, focused channels of precipitation that deliver up to half of California’s water in brief, torrential storms. The multi-year CalWater campaign aims to understand atmospheric river behavior and to probe how aerosol particles from different sources influence clouds and precipitation processes. 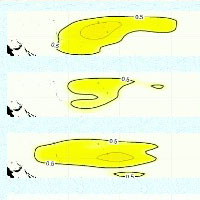 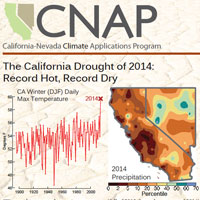 The California-Nevada Applications Program (CNAP) seeks to make advanced climate data accessible to non-scientists, especially decisionmakers whose actions can be aided by the latest in research. Examples of CNAP activities include the creation of drought early-warning systems and analysis of fire weather conditions. 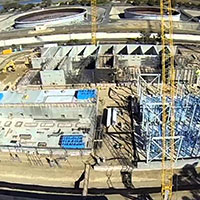 The Carlsbad Desalination Project is anticipated to begin water deliveries to municipalities in San Diego County in late 2015. Scripps researchers served as advisors during early planning stages to help project leaders understand the environmental pros and cons of desalination operations.

Related Video: Scripps and Desalination: Our First Sip of Seawater