Every year Scripps Oceanographic Collections staff and researchers discover new species of marine creatures. Some specimens set new records, such as the stout infantfish (Schindleria brevipinguis), co-described by Scripps as the world's smallest fish in 2004.

Traditionally, the person who first describes a newfound plant or animal is entitled to name it, but now, Scripps is inviting the public to share in the process by naming select newly discovered species acquired by the institution. The names can be selected by a donor for themself or a friend or family member, and are then introduced in scientific publications that establishes the new species name permanently.

The cost to name Scripps' newly discovered creatures starts at $5,000. Donors who name a species will receive a framed print of their named organism, as well as a copy of the scientific publication in which it is first described.

Please see below for the newest available species in need of a name. 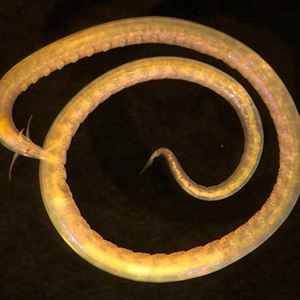 This new species is from the beach sands of the Gulf of California. It lives right in the surf zone and was first collected from San Francisquito. 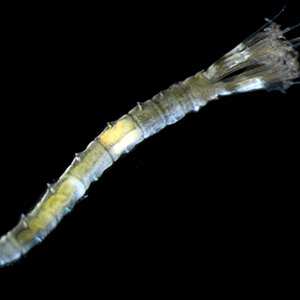 This new species is from the salt marshes of North Carolina. It has two pairs of red eyes; one at each end of its body. It is a filter-feeder and the females broods their offspring in their tubes. 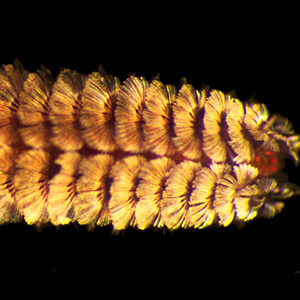 This new species is only known near Kri Island in Eastern Indonesia. It has a new sister species in the Red Sea. 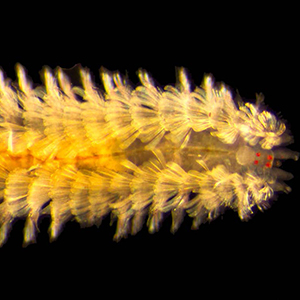 This new species is from near Kri Island in Eastern Indonesia, and also occurs in Timor. 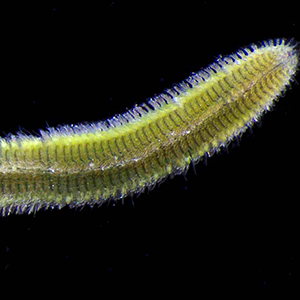 This new species is only known near Kri Island in Eastern Indonesia. Its closest relatives are found in Australia and the Red Sea. 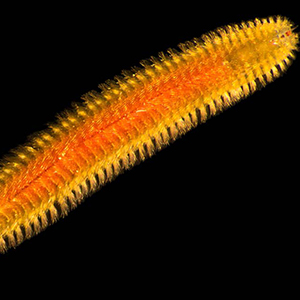 This new species is from near Kri Island in Eastern Indonesia, but also occurs in Northwestern Australia (Ningaloo). 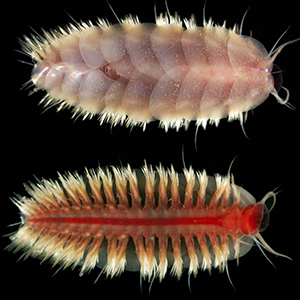 This new species of scaleworm lives from 1000-1800 meters depths at methane seeps off the eastern Pacific. These seeps are under intense study by Scripps and other scientists and many new species have been discovered here. 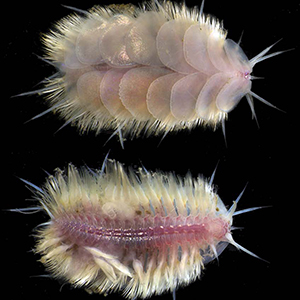 This new species of scaleworm lives from 1400-1800 meters depths at methane seeps off the eastern Pacific and also at seep in the Gulf of California (Mexico). These seeps are under intense study by Scripps and other scientists and many new species have been discovered here. 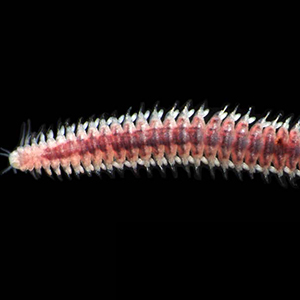 $10,000 for the pair
Galapagomystides new species (two) from Eastern and Western Pacific Vents and seeps. 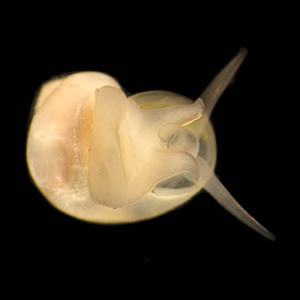 This is a very common gastropod snail found at methane seeps throughout the Pacific. There are only 8 species of Hyalogyrina known and they are normally associated with hydrothermal vents or methane seeps. Eastern Pacific seeps are under intense study by Scripps and other scientists and many new species have been discovered here. 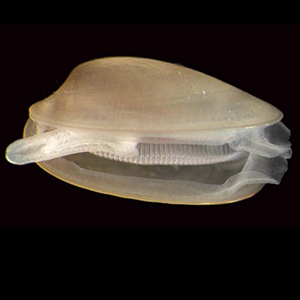 In mythology, Idas was one of the Argonauts. In animal taxonomy, it refers to a genus of bivalves. These are in Mytilidae, which includes mussels that we eat. Idas however, is mainly a deep-sea group and is found associated with methane seeps and wood and whale falls. It uses symbiotic bacteria in its gills for food and these break down hydrogen sulfide available at these habitats. This new species is from methane seeps off the eastern Pacific. These seeps are under intense study by Scripps and other scientists and many new species have been discovered here. 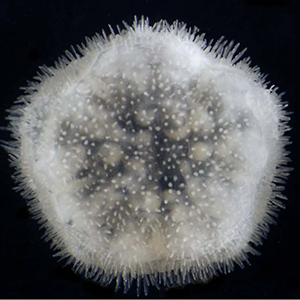 Xyloplax medusiformis was first discovered in 1986 living on wood on the seafloor off New Zealand and was published in Nature as representing a new class ofechinoderm (along with sea urchins, sea cucumbers, brittle stars, seastars and featherstars/sea lilies). The common names applied the group was ‘sea daisy’. We now know that sea daisy are not really distinct from seastars and so belong inside Asteroidea. But they are still a fascinating group. Since 1986 only two other species of sea daisy have been discovered and named. All have been associated with pieces of wood found, or deployed, on the deep seafloor. These are Xyloplax turneri (Atlantic) and Xyloplax janeti (Northeast Pacific). We are currently naming a fourth species we discovered from off Oregon and have now recently found a fifth species in deep water of the eastern Pacific. 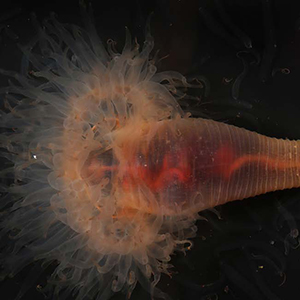 Biremis blandi was found in 1973 from deep water off the Bahamas. It is a very unusual terebellid (spaghetti worm) in that it swims and doesn't live in a tube. We have discovered a second species of Biremis from deep water in the eastern Pacific.

For more information about how you can support the Scripps Oceanographic Collections by naming a species, or to join us for a tour, please contact us at (858) 822-1865 or supportscripps@ucsd.edu.