A team of researchers led by Scripps Institution of Oceanography at the University of California San Diego has created a scale to characterize the strength and impacts of “atmospheric rivers,” long narrow bands of atmospheric water vapor pushed along by strong winds.  They are prevalent over the Pacific Ocean and can deliver to the Western United States much of its precipitation during just a few individual winter storms.

Atmospheric rivers (ARs) are the source of most of the West Coast’s heaviest rains and floods, and are a main contributor to water supply.  For example, roughly, 80 percent of levee breaches in California’s Central Valley are associated with landfalling atmospheric rivers.

The scale, described today in the February 2019 Bulletin of the American Meteorological Society, assigns five categories to atmospheric rivers using as criteria the amount of water vapor they carry and their duration in a given location. The intention of the scale is to describe a range of scenarios that can prove beneficial or hazardous based on the strength of atmospheric rivers.

The scale was developed by F. Martin Ralph, director of the Center for Western Water and Weather Extremes (CW3E) at Scripps, in collaboration with Jonathan Rutz from the National Weather Service and several other experts. It ranks atmospheric rivers from 1 to 5 and creates the categories “weak,” “moderate,” “strong,” “extreme,” and “exceptional.” It uses amounts of water vapor within an atmospheric river as its basis and a period of 24 to 48 hours as its standard measurement of duration. When an atmospheric river lasts in an area for less than 24 hours, it is demoted by one category, but if it lingers for more than 48 hours, it is promoted.  This approach is based on research showing that a combination of strong water vapor transport with long duration over a location, is what causes the greatest impacts.  Unlike the hurricane scale, recently criticized for not representing adequately the impacts of slow-moving lower-category hurricanes, the atmospheric river scale builds in duration as a fundamental factor.

The scale ranks ARs as follows:
•    AR 1 (Weak):  Primarily beneficial. For example, a Feb. 2, 2017 AR hit California, lasted 24 hours at the coast, and produced modest rainfall.
•    AR 2 (Moderate): Mostly beneficial, but also somewhat hazardous. An atmospheric river on Nov. 19-20, 2016 hit Northern California, lasted 42 hours at the coast, and produced several inches of rain that helped replenish low reservoirs after a drought.
•    AR 3 (Strong): Balance of beneficial and hazardous. An atmospheric river on Oct. 14-15, 2016 lasted 36 hours at the coast, produced 5-10 inches of rain that helped refill reservoirs after a drought, but also caused some rivers to rise to just below flood stage.
•    AR 4 (Extreme): Mostly hazardous, but also beneficial. For example, an atmospheric river on Jan. 8-9, 2017 that persisted for 36 hours produced up to 14 inches of rain in the Sierra Nevada and caused at least a dozen rivers to reach flood stage.
•    AR 5 (Exceptional): Primarily hazardous. For example, a Dec. 29 1996 to Jan. 2, 1997 atmospheric river lasted over 100 hours at the Central California coast. The associated heavy precipitation and runoff caused more than $1 billion in damages.

Ralph is considered a leading authority on atmospheric rivers, which were officially defined by the American Meteorological Society in 2017. Researchers have only begun to study atmospheric rivers in depth in the past two decades building on earlier research into extratropical cyclone structure and precipitation, especially in the United Kingdom. In that time, they have also come to understand how these events frequently make the difference between flood and drought years in key coastal regions around the world such as California.

Ralph said that the scale could provide a crucial tool to officials with an operational need to assess flood potential in their jurisdictions before storms strike. Unlike other scales that focus primarily on damage potential, such as the Fujita scale for tornadoes or the Saffir-Simpson scale for hurricanes, the atmospheric river scale accounts not only for storms that can prove hazardous, but also for storms that can provide benefits to water supply.

“The scale recognizes that weak ARs are often mostly beneficial because they can enhance water supply and snow pack, while stronger ARs can become mostly hazardous, for example if they strike an area with conditions that enhance vulnerability, such as burn scars, or already wet conditions,” say Ralph and co-authors in the paper appearing in the February 2019 issue of the Bulletin of the American Meteorological Society.  “Extended durations can enhance impacts.”

Coauthors of the paper include weather forecasters, such as meteorologist Jon Rutz and Chris Smallcomb of the National Weather Service (NWS).

“The concept of ARs has directly benefited NWS operations in the West through better scientific understanding, more accurate precipitation forecasts, and a better vehicle for communicating impacts to our partners,” said Rutz. “The AR scale is a significant step forward, providing forecasters with a tool to distinguish between primarily beneficial and primarily hazardous storms. I anticipate that this scale will be adopted and highly used.”

When atmospheric river storms along the West Coast are predicted, the scale rankings will be updated and communicated via the CW3E website and Twitter handle.  This new scale will add to data, seasonal outlooks and precipitation forecasts provided by the center as a resource to water managers, weather forecasters, emergency officials, policy makers, and others.

The researchers said that the atmospheric river scale is intended as a tool to increase situational awareness ahead of a major storm in a way that reflects conditions broadly in a region of roughly 50 km size.  It is not intended to represent detailed conditions on smaller spatial scales where variable topography, land surface types, and vulnerabilities vary greatly and thus modulate storm impacts.

“This scale enables improved awareness of the potential benefit versus hazard of a forecast AR,” said co-author Michael Anderson of the California Department of Water Resources. “It can serve as a focal point for discussion between water managers, emergency response personnel and the research community as these key water supply and flood inducing storms continue to evolve in a changing climate.”

“Forecasters in the western U.S. have been using the concept of ARs in their forecasting for a few years now, and many have been looking for a way to distinguish beneficial from hazardous AR storms,” said Rutz.  “The scale was designed partly to meet this need, and it is anticipated that it will be used extensively.”

Other co-authors of the paper are Jason Cordeira of Plymouth State University in Plymouth, N.H., Michael Dettinger of the U.S. Geological Survey, David Reynolds of the University of Colorado, and Lawrence Schick of the U.S. Army Corps of Engineers.

Support for this work was primarily provided by California’s Department of Water Resources’ Atmospheric Rivers Research Program and the US Army Corps of Engineers/Engineer Research and Development Center’s Atmospheric River/Forecast-Informed Reservoir Operations Program. 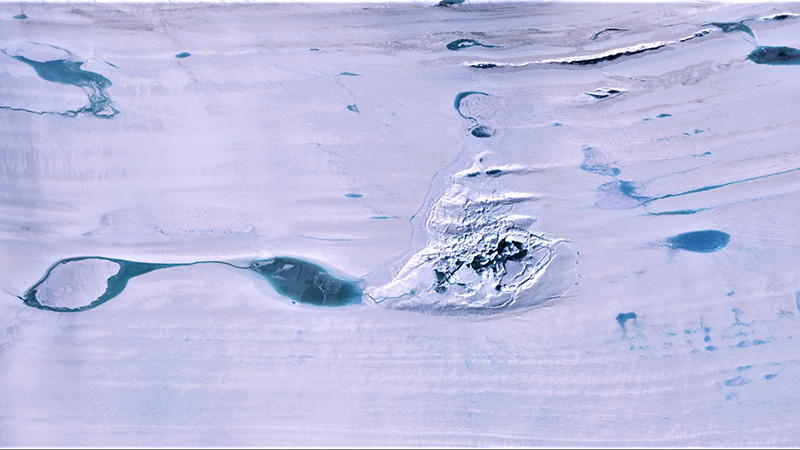