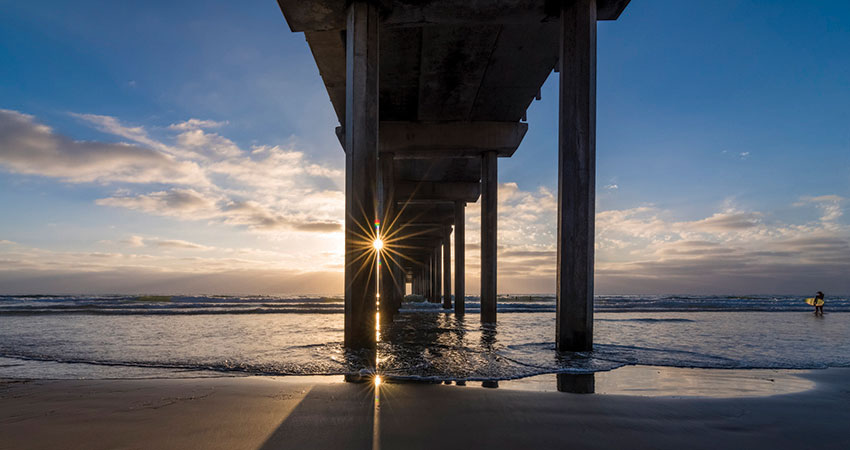 Ocean mixing around Antarctica is a key process that influences the vertical distributions of heat and nutrients, affecting glacier and ice shelf retreats, sea ice formation and marine productivity, with implications for regional ecosystems, global sea level and climate. Here we show that collapsing glacier fronts associated with calving events trigger internal tsunamis, the propagation and breaking of which can lead to significant mixing. Observations of one such event at the West Antarctic Peninsula, during which 3-20 megatonnes of ice were discharged to the ocean, reveal rapidly-elevated internal wave kinetic energy and upper-ocean shear, with strong homogenisation of the water column. Scaling arguments indicate that, at the West Antarctic Peninsula, just a few such events per summer would make this process comparable in magnitude to winds, and much more significant than tides, in driving shelf mixing. We postulate that this process is likely relevant to all regions with calving marine-terminating glaciers, including also Greenland and the Arctic. Glacier calving is expected to increase in a warming climate, likely strengthening internal tsunamigenesis and mixing in these regions in the coming decades.

All Seminars are hybrid.