My research deals with the diversification of life, "rules" that govern macroevolution, and the evolutionary dynamics of open ocean plankton. I also have an extensive research program on climate and evolution during periods of past warm climates.

I am particularly interested in: (1) the processes that initiate large-scale evolutionary trends, (2) the role of environmental change in structuring the biogeography and diversity of species, and (3) the mode of species formation and extinction in the open ocean as a contrast with much more intensively studied terrestrial systems. I also work on the climate and evolutionary dynamics of periods of "extreme climate", such as the Paleocene-Eocene Thermal Maximum, The Cretaceous-Paleogene Boundary, and the Cretaceous Climatic Optimum, as well as the impact of climate variability on modern ecosystems and human society. These studies are focused on reconstruction of surface temperatures, deep ocean circulation, and terrestrial climate/disturbance proxies.

I was an undergraduate in Earth Sciences at UC Santa Cruz, obtained a Master's of Science degree at University of Arizona, Tucson, and my Ph.D. at Harvard University in geology. In between these academic programs I worked on the Condor Recovery Project for the State of California and as director of the NRS Granite Mountain Reserve for the University of California. Following graduate training, I was a research scientist at Woods Hole Oceanographic Institution, on Cape Cod, Massachusetts until I became a professor at UCSD in 2002. As a child, I lived in Hawaii and Chile. Today, I have field research interests in the geology, paleontology, and natural history of California, Nevada, Utah, and Wyoming. I have also been a proponent and co-chief scientist for numerous oceanographic cruises of the Ocean Drilling Program and Integrated Ocean Drilling Program. 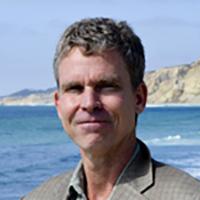 Professor of Geophysics in the Geosciences Research Division

Jeff Gee serves as the deputy director for research at Scripps Institution of Oceanography at UC San Diego and is a professor of geophysics in Scripps’ Geosciences Research Division.

Gee’s research focuses on the use of magnetic data, both remotely sensed magnetic anomaly data and the magnetization of rock samples, to understand a variety of geological problems. He uses the magnetic record in geological samples to study topics ranging from the formation of new crust at oceanic spreading centers to the processes of melt redistribution and cooling in large magma chambers.

Gee is particularly interested in using marine magnetic anomaly data and complementary data from seafloor samples to document past fluctuations in geomagnetic intensity. Such records of variations of the geomagnetic field, both in direction and intensity, can potentially provide important constraints on the geodynamic and thermal history of the earth. Gee is also interested in characterizing geomagnetic field behavior in the more distant past through sampling older rocks from a variety of terrestrial settings.

Gee received his undergraduate degrees from Washington and Lee University in Lexington, Va.and his Ph.D. from Scripps. He worked for three years as a postdoctoral fellow and researcher at Lamont Doherty Earth Observatory before returning to Scripps.

Gee has served as Director of the Geosciences Research Division and Head of Scripps Earth Section.

Alex received her BA from Roger Williams University in Environmental Chemistry and Biology, with a minor in Philosophy. She received her Masters from Scripps Institution of Oceanography, with a focus on methane hydrate biogeochemistry. She was hired on in June 2009 to happily manage the Geological Collections. She is now an x-ray technician, operating both the Geotek x-ray imaging core scanner and the Avaatech XRF core scanner and support multi-disciplinary research projects with students, post-docs, and researchers from academic and governmental institutions across the world.