An extinct species of whale was recently renamed in remembrance of the late Ken Norris and his son Richard (Dick) Norris, both influential scientists at Scripps Institution of Oceanography at the University of California San Diego. Norrisanima miocaena is newly described in the journal PeerJ.

First described in the early 1920s by a researcher at the Smithsonian National Museum of Natural History as Megaptera miocaena, Norrisanima was thought to be an ancient relative of the modern humpback whale. In the new publication, researchers from Swarthmore College, the University of Michigan, and the Smithsonian National Museum of Natural History found that this whale is unrelated to the humpback. They reanalyzed the original fossils – collected near Santa Barbara – compared the anatomy of Norrisanima to living and extinct whale species, and referenced modern phylogenetic analyses to show that Norrisanima comes from a group of ancient baleen whales that branched away from the ones known today.

Matthew Leslie, a graduate of Scripps and former student of Dick Norris, is an assistant professor at Swarthmore College and lead author of the paper. He and his team decided to honor Dick and his father because of their influence in their respective scientific fields, paleontology and marine mammalogy. A 3D-printed model of the original skull was gifted to Norris along with news of the whale’s new name.

“Dick’s research shaped how I, and many of my colleagues, think about evolution in the marine realm. His father Ken started the field of modern marine mammalogy in the U.S. It seemed fitting to my coauthors and I to name this whale after these two scientists because of their unique combination of expertise in paleontology and marine mammalogy, the fields we used in this work,” said Leslie. “Personally, however, the main reason I pushed for this name was the unbridled exuberance with which Dick and his father shared their love and knowledge of the natural world. Dick, like his father, teaches biology outside, in nature, where biology happens! And there is a childlike curiosity in both of them that is infectious. Ken Norris was known as the ‘Professor of Wonderment’ for his transformative field courses at UC Santa Cruz. As a professor myself now, I try to bring a similar level of childlike curiosity and excitement to teaching.”

Dick Norris is a professor in the Geosciences Research Division at Scripps, specializing in fossils. He studies warm climate periods in Earth’s geologic past to infer what a future warmer planet will be like. His father, Ken Norris, graduated from Scripps with a PhD in 1959. He went on to be the curator at the former Marineland of the Pacific, where he conducted groundbreaking research on dolphin echolocation. He was a professor at UC Los Angeles and UC Santa Cruz, where he founded the Long Marine Lab. He died in 1997.

“It is quite an honor to have a whale named after my dad and me. My dad, Ken Norris, was a whale biologist who studied dolphin social behavior and physiology. He would be tickled pink to hear about Norrisanima, not least because he loved to think about the fossils and what they say about how whales evolved. For my part, the question of why whales became big has always been a source of fascination so to have a fairly large fossil whale named after me and my dad is a thrill.“

“There is also a Scripps connection here since not only was Matt Leslie a Scripps graduate student, but so was my dad, who did graduate work with the late Scripps ichthyologist Carl Hubbs, and of course my own connection as a professor here since 2002,” said Norris. “Plus, my parents both met just down the hall from my present office when my mom, Phyllis Norris, moved here from Washington D.C. to study algae. Talk about a small world.”

Leslie noted that the fossil has already provided a wealth of information on whale evolution. The baleen whales (Mysticeti) were small species from the time of their appearance about 30 million years ago. Norrisanima appeared about 7.6 million years ago as one of the first large whales, perhaps reflecting increased food availability in coastal waters off California. Another idea is that whales became larger to swim longer distances between food patches in the ocean. Really huge whales, like blue whales and fin whales, are geologically even younger, appearing in the last several hundred thousand years. So while Norrisanima was one of the first to become big, it turned out that it was possible for some whales to be bigger still.

Hailing from the Miocene, Norrisanima had a large skull that gives clues to the animal’s body size. And though only distantly related to modern whales, its size shows that ancient whales were on their way to becoming the behemoths of today. The findings also leave the researchers wondering whether other extinct whales have been incorrectly described, actually belonging to stem lineages like Norrisanima.

“Norrisanima was unearthed exactly 100 years ago, and ever since, because of its Miocene age and large size, it has been an important piece of the tale of how whales evolved,” said Leslie. “Unfortunately, for much of the last century, it has had an inaccurate name, which confuses everyone. Reaching back into the collections and reanalyzing and updating the taxonomy of specimens like this is really important because our ultimate goal is to provide names based on accurate evolutionary groupings. We know this whale was big before other whales were big, modern methods tell us it wasn’t a humpback whale, or any other whale we know of. Now the name reflects that.”

Scripps Celebrates the Class of 2021

See where some of our graduates are headed next 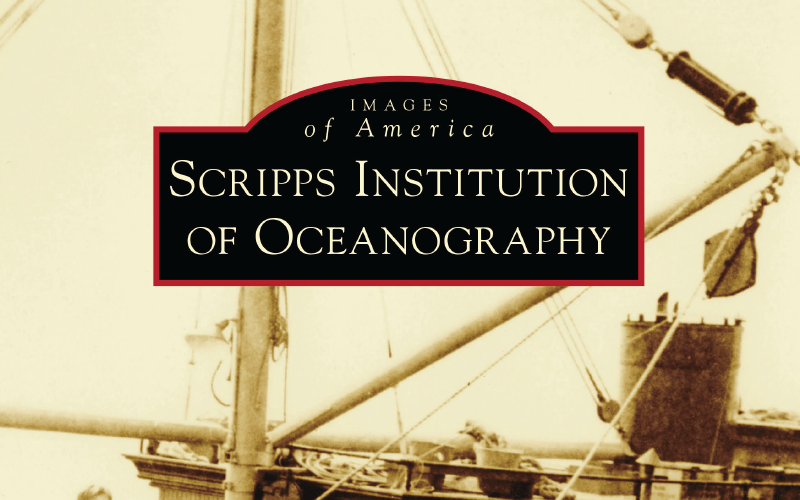