With airliners capable of traveling at more than 600 miles per hour, traversing the globe in 63 days might not seem like something to celebrate – but for Jennifer Haase, her team at the Scripps Institution of Oceanography at the University of California San Diego, and the other members of the Strateole-2 project, their balloon’s first loop around the planet represents a milestone. The eight stratospheric balloons released in the Seychelles in November and December 2019 are part of a coordinated effort among government agencies and research groups in several countries aimed at collecting new data to help us better understand the global climate.

Resembling giant jellyfish in the sky, the 13 meter diameter balloons carry precious cargo – lightweight packages  of instruments to measure air chemistry, temperature, pressure, and other parameters – as they circumnavigate the globe. They’re carefully filled with helium to float just above the boundary between the troposphere and the stratosphere, where temperatures are coldest, in the region known as the tropical tropopause layer. There, they drift eastward (and occasionally, westward) along the equator, continuously collecting data as they transverse the globe, bobbing along on atmospheric waves in the sky.

These waves are exactly what the research team is trying to study.

“While existing climate models are generally good, they don’t currently capture the precise dynamics of waves that have such fine vertical scales,” said Jennifer Haase, a geophysicist at Scripps Institution of Oceanography. “Our equipment is making those high-resolution vertical observations so they can  be incorporated into climate models. The balloons float where the winds take them, so the trajectory of the balloon shows the motion of the waves superimposed on the winds.”

In an era of high-tech transport, Strateole 2 balloons provide an elegant solution for studying the atmosphere.

“For us to get accurate data, we need to collect continuous measurements at a constant altitude,” said Bing Cao, a postdoctoral fellow working with Haase. “Compared to other options, like satellites or airplanes, balloons are very cheap. Because they have a set volume, you can fill them with helium and they’ll stay at the same height the whole time – and they don’t need any fuel, so they can fly for a long time. Our hope is that they can go around the globe three or four times before the experiment ends, recording the whole time. The downside is that we have very limited control over their movement – we can’t really guide them, so there’s nothing we can do if they start drifting off target.” 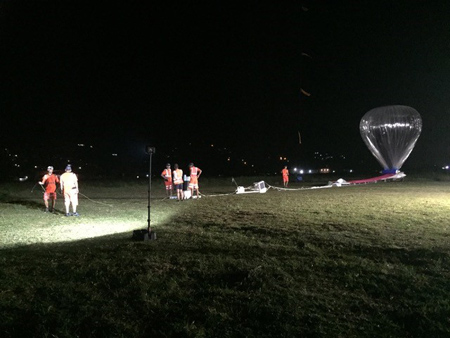 The balloons are made of clear polyethylene material that does not expand, ensuring that they have a constant volume and float at nearly constant altitude except for vertical oscillations of waves. Small adjustments to the height can be made by releasing small amounts of helium or ballast via remote control.

While this project was originally proposed and piloted in 2012, it took an immense amount of coordination and collaboration to get the balloons off the ground. Haase’s group leads the project, in collaboration with a research group at the Laboratoire de Météorologie Dynamique in Palaiseau, France, and with support from the National Science Foundation, the French National Center for Scientific Research, and the French Space Agency (CNES). Twelve separate research groups have instruments flying with the balloons, generating an immense amount of data.

Even harder than coordinating the research teams, the group had to get flight authorizations from the countries the balloons flew over - over 90 in total. After years of effort by CNES, and with support from Scripps Oceanography and the French Ministry of Foreign Affairs, they were able to secure enough permissions to launch the project.

The six balloons are collecting a wide variety of measurements, on everything from water vapor to aerosol particles to air temperature and pressure. Haase’s group is particularly interested in measuring atmospheric temperature in the regions below the balloon. 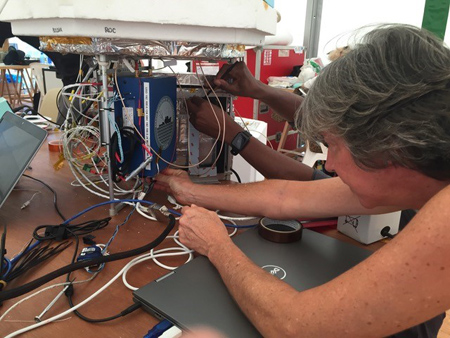 To do this, the researchers use a method called “radio occultation.” Their equipment records signals from GPS satellites. As those satellites are “setting” below the horizon, the signals travel nearly parallel to the atmospheric layers, and the signals are delayed by an interval determined by the properties of those atmospheric layers, including temperature. From there, researchers can extract the information on the temperature within each layer beneath the balloon, and study the variations in temperature and vertical oscillations, capturing the wave signature. This technique will provide a much more finely-tuned view of atmospheric temperature fluctuations than earlier methods.

This set of balloons represents a pilot study in preparation for a larger launch of 20 balloons in 2021. The data will support ongoing efforts to develop better, more accurate climate models – an area of particular concern these days, as scientists work to better understand the long-range impacts of climate change.

“It’s very important to capture information about the energy being transported from the troposphere into the stratosphere due to these waves,” Haase said. “These instruments are recording data that will help us better understand how to include it in our climate models.

“We need to model these details carefully, because the temperatures in the stratosphere and tropopause layer can have effects on the temperature at ground level,” she continued. “While carbon dioxide levels have the biggest impact, understanding these effects on temperature will improve the models further.”

While these data have long-term implications for climate modeling, they may also be useful for more short-term forecasting: predicting turbulence so it can be more easily avoided by commercial aircraft, and predicting conditions that might lead to aircraft icing. 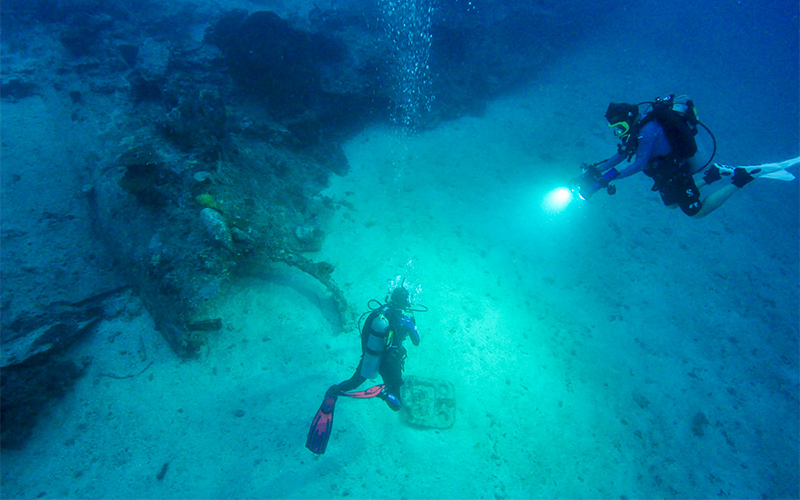