As California reacts to a record-breaking 2020 fire season, a backcountry observation network has reached a milestone of installing more than 610 cameras across the state. The cameras are part of the ALERTWildfire camera network, built by UC San Diego’s Scripps Institution of Oceanography, the University of Nevada, Reno and the University of Oregon. The network has become a vital firefighting tool helping first responders confirm and monitor wildfires from ignition through containment.

The ALERTWildfire cameras play a critical role for California as the state grapples with ever-intensifying fire seasons. In 2020, the Operations Southern California Center (OSCC)—the cooperative organization that includes agencies such as the U.S. Forest Service, Department of the Interior and CAL FIRE—predicts temperatures across California to be higher than normal with lower than normal rainfall through December, creating conditions ideal for wildfires.

The high-definition ALERTWildfire cameras are able to pan, tilt, zoom and perform 360-degree sweeps approximately every two minutes with 12 high-definition frames per sweep. The cameras also provide 24-hour monitoring with near-infrared night vision capabilities. Each camera can view as far as 60 miles on a clear day and 120 miles on a clear night. Fire agencies and utilities can access actionable real-time data to confirm 911 calls, triangulate on the location of fires at their earliest stages and make critical decisions during and after wildfires.

“The cameras have been a game changer for us in San Diego,” said CAL FIRE San Diego County Unit Chief Tony Mecham. “The cameras have given us real-time situational awareness and have allowed us to make informed decisions much quicker than we used to. It used to take 20 to 30 minutes for our fire ground commanders to get to fires and make decisions, and now with the cameras we are reacting within seconds of the first report. That extra time is significant when it comes to moving resources or needing to start evacuations. It’s making a difference. I can’t even put into words how important those first few minutes are.”

The ALERTWildfire Camera Network got its start as ALERTTahoe, a pilot project in the Lake Tahoe region launched by the Nevada Seismological Laboratory at the University of Nevada, Reno. Built on the backbone of the networking technology used in earthquake detection systems, the ALERTTahoe network expanded rapidly. When UC San Diego and the University of Oregon became partners, the network became ALERTWildfire.

The efficacy of the network to confirm and monitor wildfires was readily apparent and interagency investment created a surge in camera numbers as they quickly became an essential tool. In California, the ALERTWildfire network expansion began in 2017 with 16 cameras in San Diego County funded through San Diego Gas & Electric. From there, additional investment and support to expand the network has come from organizations including Pacific Gas & Electric, Southern California Edison, and most recently CAL FIRE, which contributed $5 million for the installation and network support of 100 additional cameras throughout the state of California that were installed this spring, summer and fall in anticipation of a potentially dangerous 2020 fire season.

In the last four months, the number of ALERTWildfire cameras has nearly doubled, with growth primarily in California. The team has been on track, and installed the 610th camera in California in mid-October 2020. Currently the ALERTWildfire network also has 41 cameras in Nevada, nine in Oregon, six in Idaho, and one in Washington state.

The to-the-minute information provided by ALERTWildfire allows for enhanced situational awareness that helps first responders adapt quickly to scale fire resources up or down and monitor fire activity. The ALERTWildfire team is working rapidly, with interagency support and funding, to deploy as many cameras as possible as conditions become more conducive to fires.

“In Kern County, ALERTWildfire has provided us the early confirmation necessary to increase the number of firefighters and resources deployed to fires located in communities vulnerable to high-risk wildfires,” says Kern County Battalion Chief Zach Wells, “We get to the fires much earlier than we did last year based on the increased situational awareness the cameras provide. We also share the publicly available camera feeds with firefighters responding to the scene to help them better observe and orient themselves to assist with route selection and evolving conditions.”

ALERTWildfire is more than cameras on mountaintops. Behind the scenes, its cyber-infrastructure is created and managed by UN Reno and UC San Diego’s Jacobs School of Engineering. They provide ALERTWildfire with networking, an interactive user interface, “Big Data” management, storage and backups as well as next-generation data processing and wildfire visualization. As the camera network grows, so does the amount of raw data recorded and processed. One year of current camera data usage exceeds one million gigabytes. That amount of data is expected to double annually as the ALERTWildfire Camera Network continues to expand.

Currently, ALERTWildfire Camera Network growth comes with greater urgency, as wildfires continue to increase in frequency and intensity. Hotter daytime and warmer nighttime temperatures throughout the year, periodic drought, episodic dry wind events including Santa Anas and Diablos, and stressed and degraded native habitats are some of the many climate change impacts that directly contribute to California’s increased fire risk.

California’s recent catastrophic fires showcase the importance of having a robust camera network. The CZU Lightning Complex Fires outside of Santa Cruz caused devastating losses for the community, and cameras. While the cameras are designed to be resilient, five ALERTWildfire cameras also were burned and rendered inoperable, including the Bonny Doon ALERTWildlfire camera in Santa Cruz County. Three of those cameras have since been replaced, and once all areas are safe to access, the remaining damaged cameras will also be brought back online

ALERTWildfire cameras can be viewed by the public at any time at alertwildfire.org. The website shows cameras by geographical region, and once a camera is selected, users can create time lapses or explore other cameras in the area.

Each ALERTWildfire partner plays an essential role in broadening the network reach and every new camera is a tool to save lives, property, infrastructure and habitat. 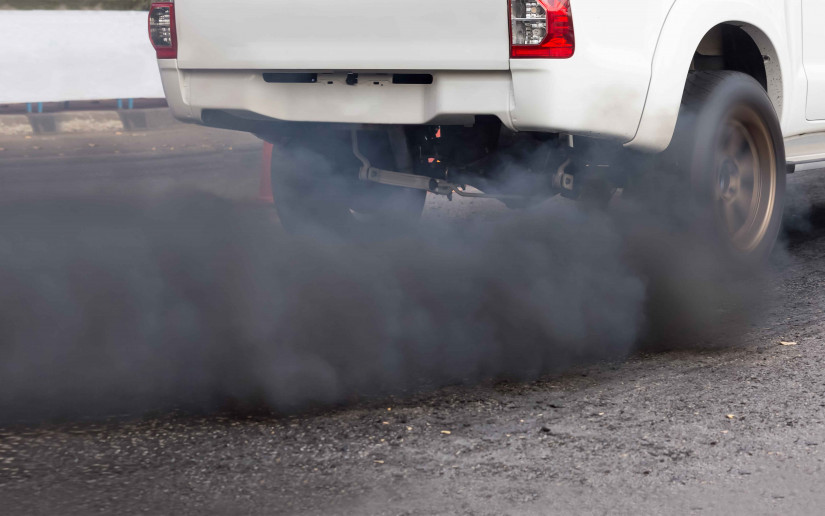 If Countries Implement Paris Pledges with Cuts to Aerosols, Millions of Lives can be Saved