From the Field: Bringing a Blue Halo to Barbuda

I’m looking out the window of a small, four-seat airplane at the sparkling blue Caribbean water 2,000 feet below. It’s considerably less terrifying than dwelling on the nearly invisible propeller blades vibrating violently a few feet from my right ear. My mind wanders from the cramped confines of the plane and the smells of diesel fuel, and irregularly maintained carburetors to the white-capped waves and spur and groove reefs that dot the 23-nautical-mile span of open sea between Antigua and my destination, Antigua’s sister island Barbuda.

Barbuda is slightly over 30 kilometers long and barely 38 meters above sea level at its highest point. Small patch reefs - their spur and groove structure characterized by alternating patches of sand and coral - dot the waters around the island, separated by large spans of sandy bottom. One of the Caribbean’s largest lagoons protects the western side of the island. The sole town of Codrington is nestled on the eastern side of the lagoon, and houses approximately 1,200 people.

In October of 2012, a field team from the Waitt Institute - a non-profit dedicated to reversing the global trend of overfishing - arrived on the island. They started a series of stakeholder interviews, conducting hundreds of interviews with local fishermen, the governing council, and community members to identify the best way to create a sustainable fishing policy for Barbuda. These efforts became the Barbuda Blue Halo Initiative; designed to create a protected “halo” of no-fishing zones around the island.

The process of creating the policy required the Waitt Institute to collect hard data about the waters surrounding the island to supplement the community input. In April 2013, a collaborative effort among Scripps Institution of Oceanography at UC San Diego, the Waitt Institute, local fisheries representatives, and other researchers conducted scientific dives at more than 250 locations.

The survey identified a few keystone species that should be protected in Barbudan waters. The Caribbean spiny lobster, Panulirus argus, uses the lagoon as a nursery before moving into protected shelves and reefs in deeper water. The sea grass beds that cover most of the lagoon’s bottom provide habitat for a variety of other species. Three mangrove species (genus Rhizophora) that have evolved to live between sea and land create a protective habitat and buffer against wave and storm surges within the lagoon.

This initial survey supplemented the stakeholder interviews as Barbuda shaped a sustainable fishery program that came into effect in August 2014, protecting 33 percent of the island’s territorial waters along with lagoon, sea grass, and coral reef habitats that would in turn protect those critical species that the research had identified.

I had to overcome my fear of flying during the April flight so I could assist the Barbudan community and the Waitt Institute in the next phase of the Blue Halo Initiative. Good ocean policy requires accurate scientific input, but permanently reducing overfishing requires changing behaviors and beliefs through outreach and education efforts. I’m applying my training from Scripps Oceanography’s Center for Marine Biodiversity and Conservation (CMBC) to help develop education resources – based on the scientific findings and the needs of the community – to shape local student perceptions about ocean zoning.

Initially I began writing a standardized curriculum based on American STEM requirements. It became almost immediately obvious that this was the wrong approach, and it was quickly scrapped in favor of a more flexible, experience-heavy approach that didn’t rely on technology or individual student textbooks, since these two resources are in scarce supply on many Caribbean islands.

Charlene Harris, the headmistress of the Holy Trinity Primary School walked me through the island’s primary school curriculum. Current science materials are predominantly terrestrial-based, with only a few broad references to marine organisms and ecosystems. Our discussion identified opportunities for the Blue Halo Initiative to supplement the existing materials with Barbuda-specific lessons that took advantage of the natural resources on the island.

Over the next four days, Stephanie Roach – an alumna of the CMBC’s Master of Advanced Studies program and current program manager for the Waitt Institute – and I spent two hours a day working with a class of 21 sixth-graders. Cynthia Taylor, their regular teacher, was attending a training workshop on Antigua for two days, so we filled in during the class’ science lessons.

I was impressed by the students’ ability to work their way through the questions I was posing, despite the paucity of marine science materials at the school.

The lesson that most clearly stands out in my mind was a discussion about lobster – one of Barbuda’s primary exports. I began with a simple chalk drawing and progressed through a discussion of anatomy, taxonomic classification, predation and habitation, eventually finishing with a brief discussion of specialization and the importance of creating sanctuaries like Codrington Lagoon, where juvenile lobsters could mature and repopulate overfished regions of the surrounding waters.

Blue Halo education week culminated in a trip that allowed the students to interact with the lagoon rangers in an outdoor setting. We spent Friday morning building on everything they had learned during the week while taking them through the lagoon’s dense mangrove forest to a frigate bird sanctuary. Home to over 15,000 individual birds, this sanctuary is one of the hidden jewels of Barbuda, protecting one of the largest frigate bird populations in the Caribbean.

As I step onto the plane that will be delivering me to Montserrat and the next phase of the Blue Halo Initiative, my mind reels with the amount of work that remains. The last two weeks have been amazing, but it’s important to maintain a realistic perspective. The opinions and habits that have been generations in the making won’t undergo a paradigm shift simply because I spent a week with one classroom of excited students.

One of the central teaching pillars of the CMBC program is the application of the research that takes place at Scripps. Now it’s time to put that training to the test. I begin to catalog what Stephanie and I have learned from our time in the classroom with the findings of the research surveys. We need to develop and test educational materials and build capacity to enable the teachers and the rest of the community to develop habits and policies to protect their vital ocean resources. I can provide the science and training, but it’s the citizens who live on Barbuda who will be shaping the island’s future. 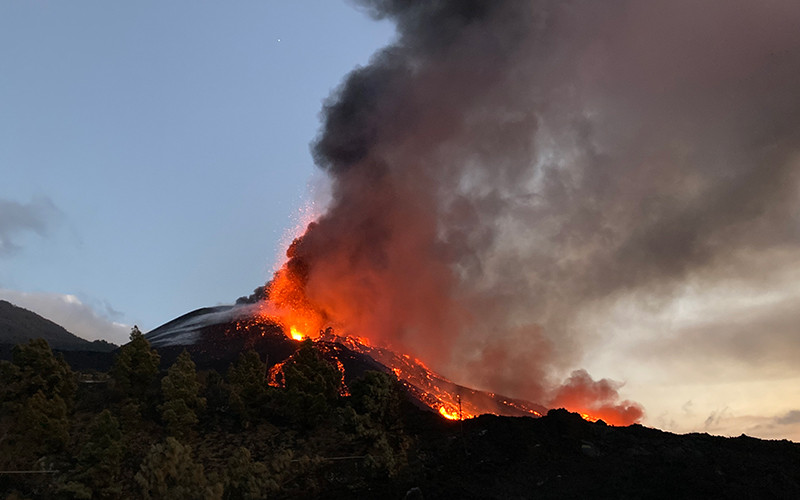