Scientists affiliated with leading research institutions across the U.S. state in a letter published Monday in the journal Science that researchers across disciplines must converge to deliver clear public health guidance about how SARS-CoV-2 is spread in the air.

The researchers write in the open letter that the scientific community must clarify the terminology used related to aerosols and droplets, and employ a more modern size threshold, rather than the existing one based on 1930s-era work. Authors include experts from the University of California San Diego, University of Maryland, Virginia Tech, and others.

Public health officials should make a clear distinction between droplets ejected by coughing or sneezing – which have inspired the social distancing mantra of six feet of separation between people – and aerosols that can carry the virus for much greater distances. Viruses in aerosols smaller than 100 microns can remain airborne in a confined space for prolonged periods of time, and accumulate in poorly ventilated air, leading to transmission.

“The balance of attention must be shifted to protecting against airborne transmission,” said the group, led by Kimberly Prather, Director of the National Science Foundation-funded Center for Aerosol Impacts on Chemistry of the Environment based at Scripps Institution of Oceanography at UC San Diego.

“Viruses in aerosols can remain suspended in air for many seconds to hours, like smoke, and be inhaled,” according to the letter. “They are highly concentrated near an infected person, so they can infect people most easily in close proximity. But aerosols containing infectious virus can also travel more than [two meters] and accumulate in poorly ventilated indoor air, leading to superspreading events.”

“The goal of this letter is to make it clear that the SARS-Cov-2 virus travels in the air and people can become infected via inhalation,” said Prather, a distinguished professor who holds a joint appointment between UC San Diego’s Scripps Institution of Oceanography and its Department of Chemistry and Biochemistry. “It is important to acknowledge this pathway so efforts can focus on cleaning the air and providing guidance on how to avoid risky indoor settings.”

Co-author Linsey Marr, the Charles P. Lunsford Professor of Civil and Environmental Engineering at Virginia Tech and an expert on airborne transmission of viruses, added, “It is important for people to wear masks at all times in public buildings and confined spaces, not only when we can’t maintain social distance. This isn’t just an academic question, but a point that will help reduce transmission if public health officials offer clear and forceful guidance about this.”

Local Cures for the Climate Crisis

Scientists to Study Biodiversity and Pharmaceutical Potential on Seafloor off California 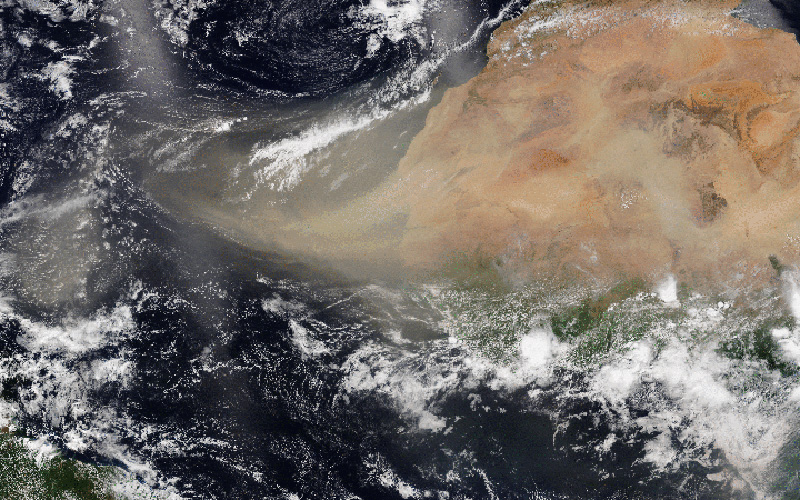