An international team of researchers including those at Scripps Institution of Oceanography at the University of California San Diego and the University of Southampton, U.K., unlocked the secrets behind a non-bioluminescent population of plankton off the U.S. West Coast. They found that two chemicals needed for bioluminescence – luciferin and luciferase – are either lacking or not functioning. The study appears in the journal Limnology and Oceanography.

Noctiluca scintillans is an iconic species of dinoflagellate – a type of plankton – that is found in oceans worldwide and whose light-producing ability has been known for centuries. However, for the past 60 years there have been reports that populations along the U.S. West Coast have not been bioluminescent. Scientists now know why.

Bioluminescence is produced when the chemical luciferin binds to luciferase. In dinoflagellates, the energy from this process is released as blue-green light. The light is triggered when a dinoflagellate cell is grabbed by a predator, but any force sufficiently strong, such as flow associated with a breaking wave, surge, or swimming will also stimulate the light production.

The study involved Scripps Oceanography marine biologist Michael Latz, who has studied dinoflagellate bioluminescence for decades. “I found it intriguing that this iconic bioluminescent dinoflagellate was not luminescent from our local waters. Every time I cultured it from Scripps Pier samples it was not luminescent. I wondered why,” said Latz. Samples from other West Coast locations confirmed the lack of light emission.

Latz corresponded with Martha Valiadi, who was a graduate student in the laboratory of Debora Iglesias-Rodriguez at the University of Southampton, and lead author of the resulting study. “Michael mentioned the lack of bioluminescence in Noctiluca in West Coast populations while I was working on my PhD studies. I was developing methods to detect dinoflagellate bioluminescence genes and I thought these might help us find out why. Finding that West Coast Noctiluca did not express luciferase was so interesting that it sparked a series of follow-on experiments, with the help of several collaborators.”

The researchers found that non-bioluminescent Noctiluca do not express functional luciferase due to multiple mutations in the luciferase gene DNA sequence. In addition, microscopy performed by Valiadi showed that they lacked the characteristic fluorescence of dinoflagellate luciferin, which glows blue-green when illuminated by UV light. Scripps Oceanography marine biochemists Tristan De Rond and Bradley Moore performed the chemical tests that confirmed that these Noctiluca lack luciferin. Missing either functional luciferase or luciferin would render an organism non-bioluminescent, but in this case both compounds are not present, so the bioluminescent system is essentially turned off.

These findings raise multiple questions: What mechanisms are responsible for the loss of bioluminescence? What is the ecological relevance? And what large scale ocean circulation patterns may explain the distribution of non-luminescent Noctiluca populations considering that populations everywhere else are luminescent?

The researchers have a few theories. While it’s known that bioluminescence can startle potential predators that rely on vision, the scientists speculate that for non-visual predators of Noctiluca such as gelatinous zooplankton, which lack eyes, there is no real advantage to producing light to avoid these predators. Another theory relates to the size of the Noctiluca cells. Non-bioluminescent cells are about half the size of their bioluminescent counterparts, which are approximately 500 µm in diameter, but their growth rate appears to be much higher, suggesting that faster growth can compensate for the lack of bioluminescence. Knowledge of ocean currents suggest that this population is bound by the California Current, as populations outside this region produce light.

Noctiluca is historically important as the first luminescent marine microorganism to be seen under early microscopes in the mid 1700s, when it was referred to as ‘Animalcules’ and described as a ‘small bladder’. It is known all over the world for its bright bioluminescence, which has been seen by mariners for eons. More recently, during the 1991 Persian Gulf War it was responsible for very bright displays of bioluminescence that were of concern to nighttime military operations.

Noctiluca is a voracious predator, even ingesting early life stages of its own predators, and is capable of very rapid growth rates leading to blooms. Although it does not produce a toxin, it is responsible for harmful blooms the world over. In southern California, it is associated with blooms of the luminescent dinoflagellate Lingulodinium polyedra, a favorite prey item.

An international team contributed their expertise in molecular biology, physiology, chemistry, microscopy, and phylogenetics for this study. Other co-authors include Debora Iglesias-Rodriguez, Valiadi’s PhD advisor who is now at UC Santa Barbara; Ana Amorim of the University of Lisbon, Portugal; Johns Gittins of the University of Southampton; and Chrysoula Gubili of the Fisheries Research Institute, Greece. Funding sources included the U.S. Office of Naval Research and National Institutes of Health, U.K. Defence Science and Technology Laboratory, U.K. Natural Environment Research Council, and Strategic Project UID/MAR/04292.

The Underwater Library at Scripps Institution of Oceanography 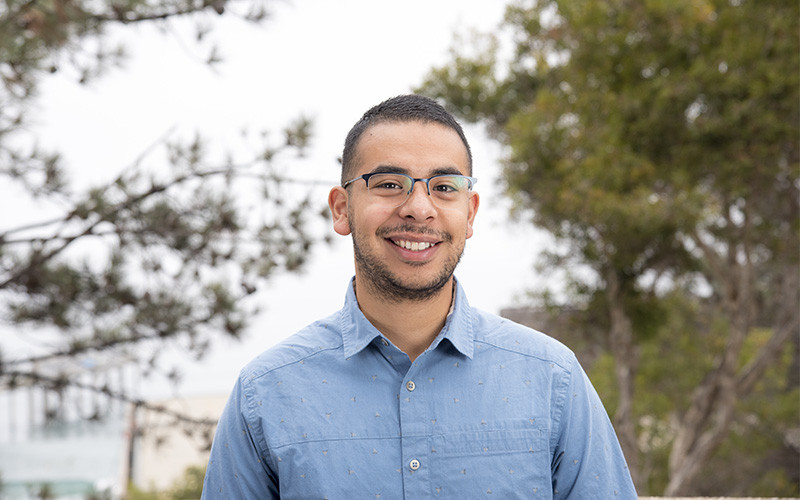 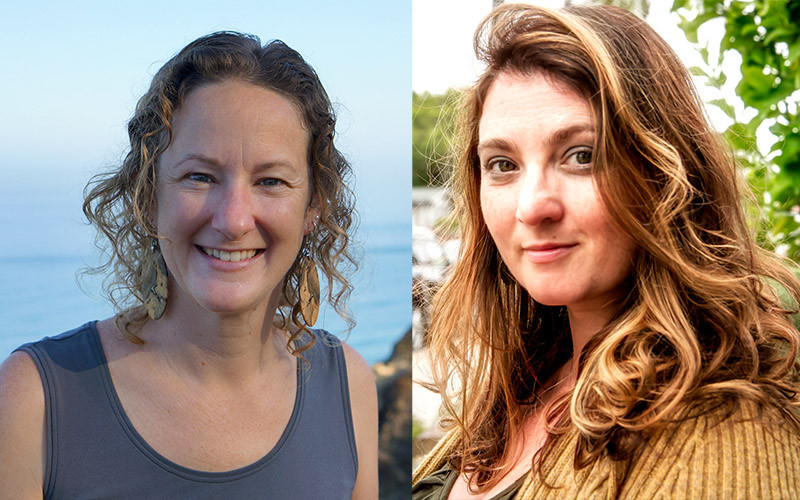