A team of scientists and archaeological explorers relocated and documented the site of a Grumman TBF Avenger off Oahu, Hawaii 77 years after it was lost.  The site is believed to be associated with three U.S. servicemen missing in action from World War II.

On October 11, 1942, three U.S. TBF-Avenger aircraft from squadron VT-3 collided during a training flight off Naval Air Station Kaneohe, now Marine Corps Base Hawaii.  Two of the aircraft crashed into the water immediately at the time of the incident.  All six crew members of these two aircraft were killed and remain missing in action.  The crew of the third plane bailed out successfully and were rescued.

The site was first discovered in 1999 by researchers from the Hawaii Undersea Research Laboratory while conducting a deep-water biological survey.  The largely intact aircraft was filmed by a remotely operated vehicle (ROV) as it passed by.  A second site consisting of unidentifiable debris was also recorded 600 meters (2,000 feet) away.  The aircraft site was briefly revisited in 2013 by the University of Hawaii's Pisces V manned submersible during an unrelated project in the area.

“We’ve been hoping someone could fully document these sites for a longtime now,” said Steve Price, one of the HURL staff that accompanied the team in the field.  “I’m grateful that Project Recover and the crew of the R/V Petrel could assist.” 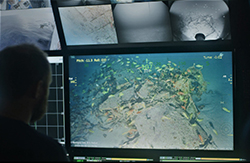 Scripps Institution of Oceanography at UC San Diego researchers led by Andrew Pietruszka, along with the crew of R/V Petrel, deployed modern oceanographic instruments in an attempt to relocate and document the aircraft.

A ship-based multibeam scan of the area was performed by Rob Kraft of R/V Petrel, and very near to where the HURL team photographed an aircraft, were the signs of man-made debris.   A second survey, using an UUV collecting very high-resolution side scan sonar data, confirmed an object approximately the same size and shape of an aircraft on the ocean floor.  To accurately map, record, and identify the wreckage, high-resolution video cameras deployed on R/V Petrel’s Argus 6000 ROV recorded data over a two-day period.

Pietruszka, the lead archeologist for Project Recover described the find: “The unmistakable wreckage of a TBF-Avenger lying in over 100 meters (330 feet) of water appeared onscreen. The wings looked nearly intact, as did portions of the fuselage.  The cockpit area had degraded but all three crew positions were still clearly identifiable.”

The engine rests on the seafloor about 50 meters away from the main site. There was no sign of the tail of the aircraft.  The type of aircraft, location, and distribution of aircraft wreckage at the site are all consistent with the historical loss of the two VT-3 Avengers on October 11, 1942.  At this time, however, researchers are unable to determine which of the two planes the site represents.  The second debris site was also relocated during the project but was determined to not be aviation related.  It likely is the remains of a small to medium sized sailing vessel.

“This project was a great bookend to our Midway Survey,” said Robert Kraft, director of subsea operations for Vulcan Inc.  “VT-3, assigned to the USS Yorktown, was one of three Torpedo Squadrons that took part in the battle of Midway.”

Although no torpedo bomber scored a direct hit on the Japanese task force, their attack is credited with opening the way for U.S. dive bombers to strike that ultimately resulted in the sinking of four Japanese aircraft carriers.

“With VT-3 having suffered tremendous casualties at the Battle of Midway this site is associated with the airmen replacing those lost in that battle,” said Kraft. 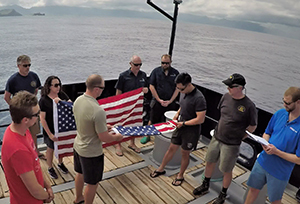 Site details will be shared with the U.S. Department of Defense’s Defense POW/MIA Accounting Agency (DPAA) to evaluate the site for the possible recovery of remains.  DPAA is tasked with recovery and repatriation efforts, including notification of the families of these MIA.

“Development of private-public partnerships with groups like Vulcan and the Friedkin Foundation are rapidly enabling our team to assist the U.S. Government in finding underwater MIA sites previously thought to be lost forever; and providing closure to families who have lost loved ones.” said Eric Terrill, an oceanographer at Scripps and co-founder of Project Recover.

Project Recover previously worked in the Phillipines earlier in 2019 in the search for other MIA-related losses.

Information on finds by Project Recover are then transmitted to the U.S. Government Defense

R/V Petrel is a 250-foot research and exploration vessel owned and operated by Vulcan Inc.  Purchased in 2016 and commissioned by the late Paul G. Allen, it employs the latest advanced technology in exploration, survey systems, remote sensing and deep diving equipment to 6,000 meters.  Petrel’s mission is to explore historically significant archaeological sites, unique marine ecosystems, and participate in scientific expeditions through academic and governmental partnerships. 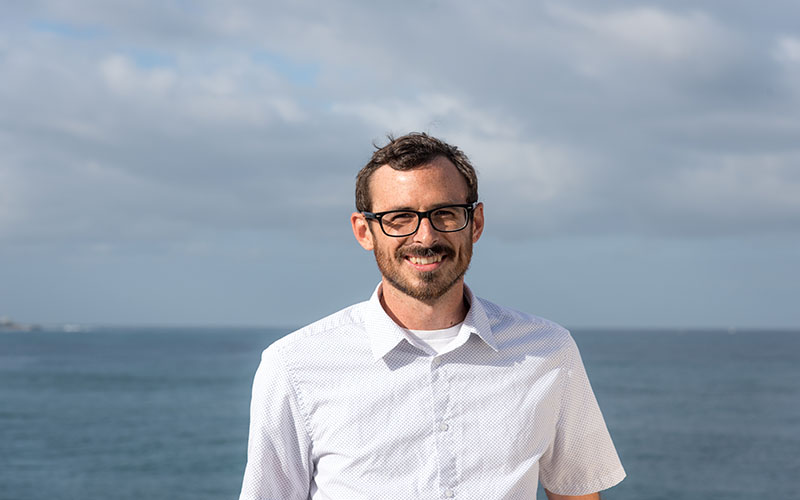 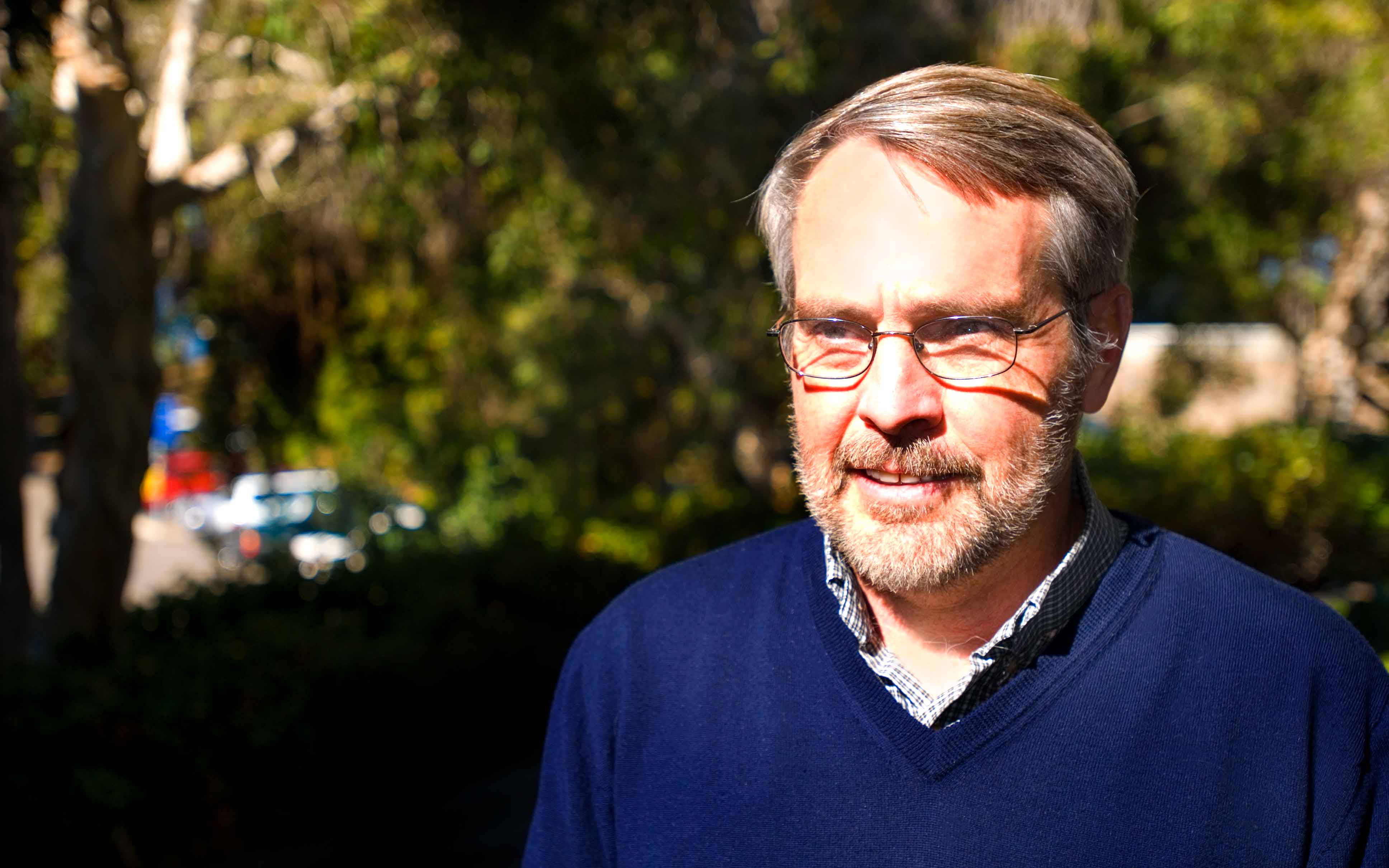 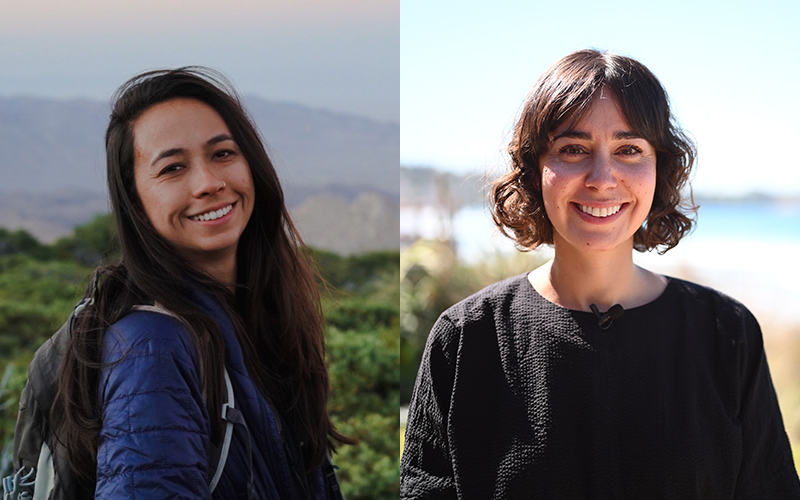