This spring, love is in the air for some feathered friends taking up residence at Scripps Institution of Oceanography at UC San Diego. Perched on a platform high above the Ellen Browning Scripps Memorial Pier, a pair of ospreys were recently spotted making a nest.

This nesting activity is a welcome sight for Bev Grant and Art Cooley, two supporters of Birch Aquarium at Scripps who are deeply rooted in supporting environmental and humanitarian causes. In 2018, Grant’s family’s foundation made a gift to Scripps Oceanography to support the construction of an osprey nesting boom and platform on Scripps Pier in the hopes it would provide a safe space for the birds to breed.

This April, amid a quiet campus due to the coronavirus pandemic, researcher Phil Zerofski—one of the few staff members on site—reported seeing two ospreys nesting together on the platform. This marks the first sighting of its kind since the platform was installed in December 2018.

“Obviously we're doing a little happy dance and hoping that we're going to be grandparents,” said Grant, a retired English teacher who spent 30 years working at Torrey Pines High School. “We're going to see what happens this year and maybe have our first batch of osprey babies; it’s a very exciting time.”

Grant and Cooley are both fascinated by ospreys—large, fish-eating sea hawks known for their ability to plunge feet-first into the water, grasping prey with their talons. These majestic birds of prey are often found patrolling shorelines and bodies of water in places throughout the world, including San Diego, but this wasn’t always the case. In the decades following World War II, osprey populations in the United States were nearly wiped out due to widespread use of DDT, a pesticide which poisoned the birds and thinned their eggshells.

Cooley, a lifelong environmentalist and former biology teacher, has a long history of efforts to protect ospreys and other birds of prey. In the mid-1960s, he co-founded the Environmental Defense Fund, a nonprofit group that succeeded in implementing a nationwide ban of DDT in 1972. Thanks to these efforts, osprey populations have rebounded in many places and the species has become a conservation success symbol. But Cooley notes that once DDT was banned and ambient DDT levels dropped, there was still the problem of where the ospreys could nest.

“The banning of DDT certainly helped the osprey, and it helped bald eagles, brown pelicans, and peregrine falcons. All of them, now in retrospect, are expanding their numbers and their range distribution,” said Cooley. “But one of things that occurred to us is that the whole story isn’t just tied up in DDT. It was also tied up in nest sites, because all of these birds require some kind of structure, like a tree, to house their nests. As we looked back at where these birds were nesting, it turns out that 80 to 90 percent of the nests were made by humans.”

Preservationists encourage the use of artificial nesting platforms to help reestablish ospreys, particularly in areas where the birds are still scarce or their natural nesting sites have been destroyed. While it’s extremely rare to find an osprey nest in San Diego, there have been several documented success stories involving the installation of artificial platforms.

When Cooley and Grant learned about a resident osprey known to frequent Scripps Pier, their interest was piqued. The idea to support a nest came to fruition through conversations with Greg Rouse, a marine biologist at Scripps and a friend of the couple, who informed them about several osprey nesting attempts over the years. There was evidence that the birds had tried to build a nest on the pier's existing booms but the materials, including large sticks and seaweed, wouldn’t stay put.

Rouse was inspired by the couple’s proposal to fund a nesting platform and served as a key facilitator, connecting them with the right people at Scripps to move the project forward.

“Bev and Art’s idea to put a platform on the pier really fits in with this idea of community at Scripps,” said Rouse. “We have this pier that everyone admires—why don't we have a simple thing appended to it that makes some of our local residents happy? It seemed like a no-brainer and a winner all around, so I was really happy to try and help make it happen.”

Several Scripps staff members were instrumental in getting the ball rolling for this project, including Facilities Manager Ken Hall, Pier Manager Christian McDonald, and John Matthews, a former staff member in the development office.

Once the project was given the green light, Cooley and Grant met with staff members in the Marine Science Development Center at Scripps to help inform the nest design. It was truly a team effort, with Cooley sharing his knowledge of osprey nesting needs, Travis Thomas overseeing the project and installation, Anthony Marshall doing the fabrication and welding, and Eric Browning creating the CAD drawings and helping with the design process.

The end result was a 4-by-4-foot nesting box measuring 6 inches deep, with several drainage holes to prevent moisture damage. The nesting box/platform sits on top of a custom swing boom that reaches nearly 10 feet in height and extends 12 feet over the southeast corner of the pier. The boom was designed so it can be pulled into a more enclosed location in the event of a heavy storm.

“This is so state of the art, you cannot believe,” said Grant. “We wanted to make sure the osprey was always safe, so if the bird is on the nest and using it as a home and a big storm comes up, we can roll it in, out of the pathway of the storm.”

Now that the nesting platform is in use by the birds, there are future plans to install a 24-hour osprey camera and live stream, similar to the Big Bear Bald Eagle Cam, where people can tune in to see the action up-close. Grant and Cooley hope that by providing access to this rare spectacle, people will be inspired by nature, and in turn, will want to protect it.

“We're hoping the locals in La Jolla will see the ospreys on Scripps Pier and be more aware of what Scripps and the Birch Aquarium have to offer, and be more aware of the struggle that animals are having due to things like climate change,” said Grant. “If we don't take care of the planet, then we could have animals like the osprey on the endangered species list again. We want people to be aware of how beautiful and wondrous nature is, how much there is to enjoy and savor, and to want to protect and cherish these future legacies.”

Shooting for the Moon

Undergraduate student examines cephalopods and their role in the diet ... 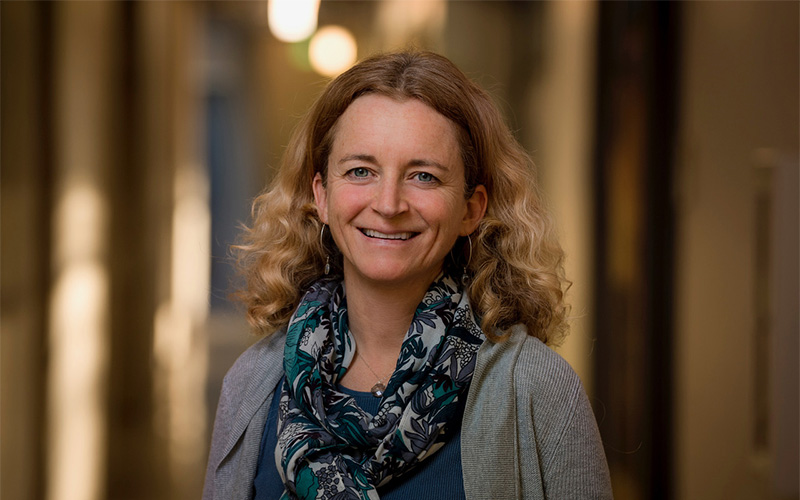