Losing the remaining Arctic sea ice and its ability to reflect incoming solar energy back to space would be equivalent to adding one trillion tons of CO2 to the atmosphere, on top of the 2.4 trillion tons emitted since the Industrial Age, according to current and former researchers from Scripps Institution of Oceanography at the University of California San Diego.

At current rates, this roughly equates to 25 years of global CO2 emissions. It would consequently speed up the arrival of a global threshold of warming of 2ºC beyond temperatures the world experienced before the Industrial Revolution. Scientists and analysts, including the authors of an Intergovernmental Panel on Climate Change Special Report released in October 2018, have stated that the planet runs the risk of catastrophic damage ranging from more intense heat waves and coastal flooding to extinction of terrestrial species and threats to food supply if that threshold is passed.

The results were published June 20 in the journal Geophysical Research Letters. In “Radiative Heating of an Ice-Free Arctic Ocean,” former Scripps graduate student Kristina Pistone, now with the Bay Area Environmental Research Institute based at NASA Ames Research Center, and Scripps climate scientists Ian Eisenman and Veerabhadran Ramanathan used direct satellite observations to assess the impact of a potential ice-free Arctic Ocean. The authors of the study conclude that the loss of sea ice will add a globally-averaged 0.7 watts per square meter (W/m2) of solar heating to the Earth system, 0.21 W/m2 of which has already occurred between 1979 and 2016.

The amount of additional heat introduced into the Earth system because of Arctic melt is equivalent to an increase in CO2 concentration from 400 to 456.7 parts per million.

“Losing the reflective power of Arctic sea ice will lead to warming equivalent to one trillion tons of CO2 and advance the 2ºC threshold by 25 years. Any rational policy would make preventing this a top climate priority for world leaders,” said Ramanathan, a professor of atmospheric and climate sciences at Scripps.

The research was primarily supported by grants from the National Science Foundation and the NASA Postdoctoral Program.

While the paper presents a worst-case scenario, scientists’ observations show the Arctic is rapidly losing ice, and computer forecast models are actually underestimating the extent of this trend.

“We analyzed 40 climate models from modeling centers around the world,” said Eisenman, a professor of climate, atmospheric science, and physical oceanography at Scripps. “Not a single one of the models simulated as much Arctic sea ice retreat per degree of global warming as has been observed during recent decades. This motivated us to use an observationally focused approach to investigate the scenario in which all of the remaining Arctic sea ice disappears considerably faster than the models simulate.”

An earlier study by the same team calculated that the ice lost in the Arctic between 1979 and 2011 added 6.4 W/m2 to the Arctic, which averaged globally is equivalent to as much as 25 percent of the effect of CO2 during the same time period. Additional research shows that the thicker multi-year ice which survives year to year is down to 1 percent of the existing ice. There is great uncertainty about the timing of when the Arctic could become seasonally ice-free, with some research suggesting that recent trends could lead to an ice-free Arctic as early as the 2020s and others suggesting 2030 or substantially later depending on factors including future warming and natural variability.

For the baseline calculations, the authors assumed that cloud cover would remain constant. However, they calculate that if the loss of the Arctic ice is accompanied by complete loss of cloud cover, the total added warming could be three times greater.

“One of the really interesting, but somewhat expected, aspects of this study was quantifying just how much impact the potential change in cloud coverage has on the amount of reflected sunlight,” said Pistone.

Conversely, if the Arctic experienced complete cloud cover, the total warming could be half as much. Under all scenarios considered, the study concludes that the radiative heating of complete Arctic sea ice loss could substantially accelerate the rate of future global warming. It would advance global warming by 25 years in the baseline scenario. This would drastically shorten the time available to adapt to climate change and the time for achieving carbon neutrality, the authors said.

“It’s important to remember that the amount of warming isn’t limited to just the ice-free time,” said Pistone. “Even as September becomes ice-free, we will likely see less ice in other parts of the year as well, so for example June could end up having a greater warming impact even with some remaining ice simply because there is more sunlight in that month.”

“Because the Arctic’s role in regulating the global climate is a critical link in the chain of climate protection it should be the focus of an all-out effort to keep it strong and safe,” said Durwood Zaelke, president of the Institute for Governance & Sustainable Development which partially funded the research. 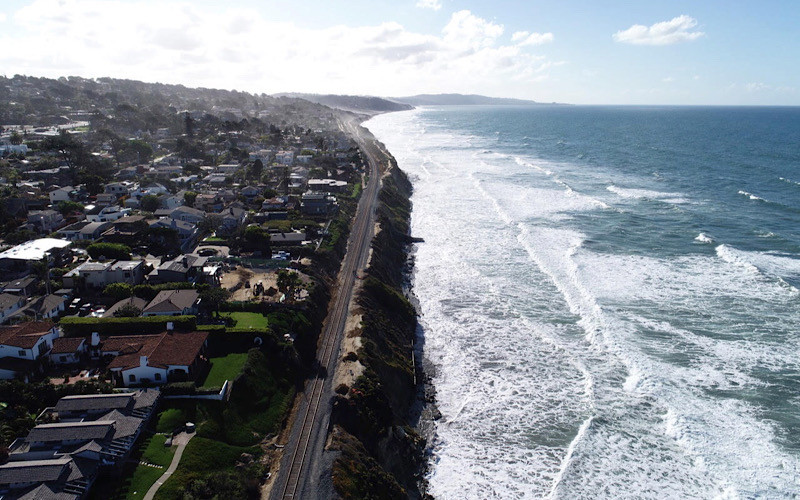