Atmospheric carbon dioxide measured at Mauna Loa Observatory reached a monthly peak exceeding 417 parts per million (ppm) in May 2020, the highest monthly total ever recorded, scientists from Scripps Institution of Oceanography at the University of California San Diego and NOAA announced today.

Monthly CO2 values at Mauna Loa first breached the 400 ppm threshold in 2014, and are now at levels not experienced by the atmosphere in several million years.

The rate of increase during 2020 does not appear to reflect a reduction in pollution emissions due to the sharp, worldwide economic slowdown in response to the coronavirus pandemic. The reason is that the drop in emissions would need to be large enough to stand out from natural CO2 variability, caused by how plants and soils respond to seasonal and annual variations of temperature, humidity, soil moisture, etc. These natural variations are large, and so far the emissions reductions associated with COVID-19 do not stand out. If emissions reductions of 20 to 30 percent were sustained for six to 12 months, then the rate of increase of CO2 measured at Mauna Loa would be slowed.

“People may be surprised to hear that the response to the coronavirus outbreak hasn’t done more to influence CO2 levels,” said geochemist Ralph Keeling, who runs the Scripps Oceanography CO2 program, “but the buildup of CO2 is a bit like trash in a landfill. As we keep emitting, it keeps piling up. The crisis has slowed emissions, but not enough to show up perceptibly at Mauna Loa. What will matter much more is the trajectory we take coming out of this situation.”

Even though terrestrial plants and the global ocean absorb an amount of CO2 equivalent to about half of 40 billion tons of CO2 pollution emitted by humans each year, the rate of CO2 increase in the atmosphere has been steadily accelerating. In the 1960s, the annual growth averaged about 0.8 ppm per year. It doubled to 1.6 ppm per year in the 1980s and remained steady at 1.5 ppm per year in the 1990s. The average growth rate again surged to 2.0 ppm per year in the 2000s, and increased to 2.4 ppm per year during the last decade. “There is abundant and conclusive evidence” that the acceleration is caused by increased emissions, said Pieter Tans, senior scientist with NOAA’s Global Monitoring Laboratory.

“Progress in emissions reductions is not visible in the CO2 record,” Tans said. ”We continue to commit our planet - for centuries or longer - to more global heating, sea-level rise, and extreme weather events every year. If humans were to suddenly stop emitting CO2, it would take thousands of years for our CO2 emissions so far to be absorbed into the deep ocean and atmospheric CO2 to return to pre-industrial levels.”

Ralph Keeling’s father, Charles David Keeling, of Scripps Oceanography, began on-site CO2 measurements at NOAA’s weather station on Mauna Loa in 1958, initiating what has become the longest unbroken record of CO2 measurements in the world. NOAA measurements began in 1974, and the two research institutions have made complementary, independent measurements ever since. The Mauna Loa data, together with measurements from sampling stations around the world, are incorporated into NOAA’s Global Greenhouse Gas Reference Network, a foundational research dataset for international climate scientists.

Keeling was the first to observe that even as CO2  levels rose steadily from year to year, measurements also exhibited a seasonal fluctuation that peaked in May, just before plants in the northern hemisphere start to remove large amounts of CO2 from the atmosphere during their growing season. In the northern fall, winter, and early spring, plants and soils give off CO2, causing levels to rise through May. The continued increase in CO2 and the seasonal cycle are the main features of what is known as the Keeling Curve.

The Mauna Loa observatory is a benchmark sampling location for CO2. Perched on a barren volcano in the middle of the Pacific Ocean, the observatory is ideally situated for sampling well-mixed air- undisturbed by the influence of local pollution sources or vegetation - that represents the global background for the northern hemisphere.

“We use independent instrumentation, calibration gases, and algorithms to compute the average, so small differences are to be expected,” Keeling said.

The two datasets, however, tell the same story.

“Well-understood physics tells us that the increasing levels of greenhouse gases are heating Earth’s surface, melting ice and accelerating sea-level rise,” Tans said. “If we do not stop greenhouse gases from rising further, especially CO2, large regions of the planet will become uninhabitable.” 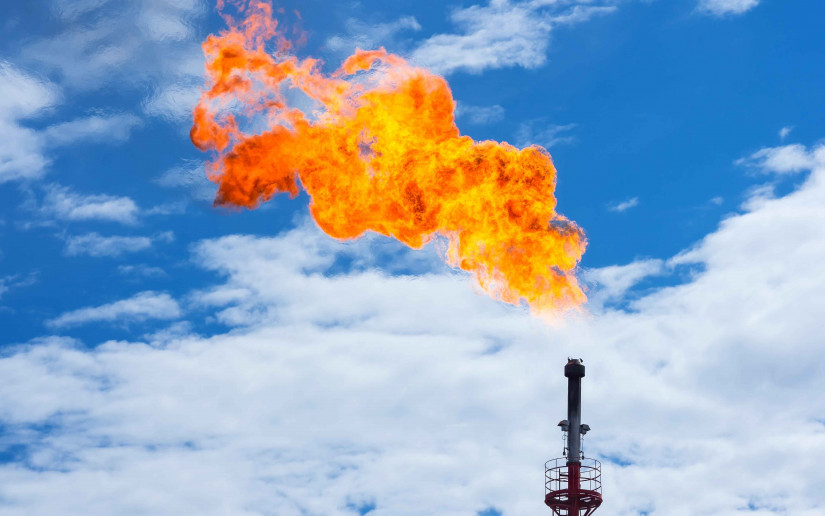