Groundwater is a key resource for water users in California’s Central Valley, a major agricultural hub with an economic output of tens of billions of dollars annually. Surface deformation in the Central Valley has long been linked to changes in groundwater storage, but the timing and movement of water flow beneath the surface has been poorly understood due to a lack of reliable data.

Now, for the first time, scientists at the University of California San Diego’s Scripps Institution of Oceanography and School of Global Policy and Strategy, as well as the U.S. Geological Survey are using advanced satellite data to map the “pulse” of groundwater flow through the San Joaquin Valley, the southern portion of the Central Valley.

In a new study published April 7 in Water Resources Research, the interdisciplinary researchers describe how recent advances in remote sensing have enabled the detailed mapping of surface deformation in the San Joaquin Valley and associated changes in groundwater resources.

The study is the first to look at where and when the groundwater in the region is being recharged—a process in which surface water moves downward through the soil and shallow rocks, eventually being added to underground stores called aquifers. This recharge causes the surface to rise, as the aquifer swells due to the increased volume of stored water.

The findings are particularly timely as California implements its Sustainable Groundwater Management Act to better understand and protect its groundwater resources.

“Studying groundwater movement is like a black box—we're trying to get any kind of information about what's happening to the water beneath the surface,” said Wesley Neely, a PhD candidate at Scripps Oceanography and lead author of the study. “The dataset we’re looking at in this study is helping us fill in some of the gaps, and now we're able to map the signature of groundwater flow through the Central Valley at policy-relevant scales.”

Based on satellite observations, the earth’s surface height in the Central Valley changes by plus or minus 2.75 inches as underground water levels increase and decrease throughout the year. During drought, the ground in the region can sink by up to 13.7 inches per year.

The novel observations were made using satellite-based InSAR (interferometric synthetic aperture radar) from the Sentinel-1 missions and continuous Global Positioning System (cGPS) data. The researchers used the satellite observations of movement in the earth's surface to visualize the movement of water in the subsurface, efficiently mapping an important geophysical process that is otherwise difficult and costly to observe.

“This research is significant because the findings give us a new tool to document and understand change in connected surface and groundwater systems,” said study co-author Morgan Levy, an assistant professor with a joint appointment at UC San Diego’s Scripps Oceanography and School of Global Policy and Strategy.

This work builds upon a recent study by Levy and other UC San Diego researchers who used satellite-based imaging to monitor subsidence, or sinking, in the Central Valley, which can occur when large amounts of groundwater are removed from aquifers.

The San Joaquin Valley is a sedimentary basin, composed of gravel intermixed with layers of clay and silt, with pockets of water tucked between grains of this material. As water is taken out of the system, the resulting change in pressure can lead to the grains collapsing on top of each other, which could result in permanent subsidence, a major concern for the region.

“It’s kind of like a house of cards falling down,” said Neely. “Once a collapse happens, it can be very difficult to open up that space again.”

However, looking at the satellite data from 2016, a dry year, and 2017, a wet year, Neely found some specific regions in the San Joaquin Valley where uplift of the surface suggests pathways for aquifer recharge—where and when surface water enters into groundwater reservoirs.

The radar’s view of the region provided Neely and collaborators with the opportunity to build a time series of images that could be studied in detail. Rather than focusing on the large subsidence signal from groundwater extraction, the researchers investigated the seasonal signal that was hiding in the time series. The seasonal signal provides information about when and where a point on the ground has a relative peak uplift in any given year, which translates to a peak groundwater level at that point.

Mapping this timing across the valley, they found regions where the peak uplift corresponded with the timing of water inputs, such as river runoff from the Sierra Nevada ranges. Given the timing of uplift and their proximity to rivers and streams, this suggested that aquifer recharge was occuring where large amounts of water were flowing out of neighboring Sierra Nevada watersheds.

Further, they found that moving away from the location of presumed recharge, the timing of uplift changes in ways that may suggest pathways for groundwater flow.

“It’s like observing a pulse traveling through the aquifer,” said Neely. “Not only have we located regions where seasonal groundwater recharge is occurring, but we can estimate the timing of recharge events, where groundwater may flow after entering the subsurface, and how this response changes during dry and wet water years.”

This study provides novel insight into an aquifer system that can be used to constrain groundwater and subsidence models.

“The most interesting part of the research was just seeing—in space and time—the physical connection between surface water networks and groundwater-driven land surface change. We know that surface waters and aquifers are connected, but traditional data sources don't allow you to observe these connections so clearly,” said Levy.

Their findings of uneven distribution of groundwater recharge in the San Joaquin Valley contradict how groundwater management agencies are currently operating. Current guidelines assume that everyone is getting equivalent amounts of recharge.

The researchers said their findings have serious implications on how water agencies should think about coordinating their efforts to reach sustainability goals set by the state. While this study was based in California, the methodologies outlined are widely applicable to regional aquifer systems across the world.

The research was funded by NASA under Grant NNX16AR07G (Science Team for the NISAR Mission) and Grant 80NSSC18K1422 (NASA Earth and Space Science Fellowship). 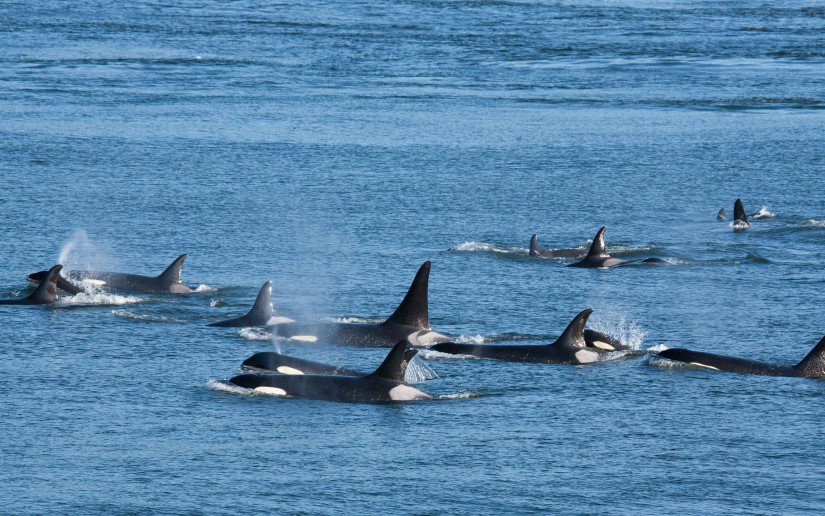