Q&A with four Scripps graduate students who will be attending the SACNAS Conference, an annual gathering that fosters diversity in science


Each year the Society for Advancement of Chicanos/Hispanics and Native Americans in Science (SACNAS) holds a conference that brings together students and scientists from diverse backgrounds to provide an environment that motivates, inspires, and fosters opportunities for participants to advance their education and careers.

The University of California San Diego’s Graduate Division has been attending SACNAS since 2002 and will be participating in the 2018 conference, taking place Oct. 11-13 in San Antonio, Texas. Several UC San Diego departments including Scripps Institution of Oceanography, Biological Sciences, Health Sciences and Engineering, and Physical Sciences have participated in outreach and recruitment efforts at SACNAS over the years. The conference—which UC San Diego has sponsored since 2015—provides an opportunity for the university to recruit a diverse community of highly qualified students.

Interested students are encouraged to visit UC San Diego at Booth #1032 where Scripps Oceanography students, faculty, and staff will be on hand to discuss the possibilities in science and education.

Four Scripps graduate students will also be participating in the conference by giving talks, interacting with prospective students, and networking. We spoke with these remarkable students to see why attending the SACNAS Conference is important to them, what led them to their field of study, and more. 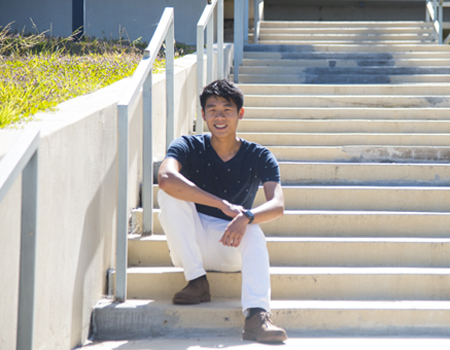 I love eating seafood, and have always been fascinated by ocean animals. But like many immigrants and first-generation college students, I was simply seeking to pay my bills when I fortuitously landed a position within a coral reef ecology lab in my first year of college at UC San Diego. From there, I've learned of the possibilities within marine biology—and began seeking out more research opportunities and grant funding.

I am an immigrant, a first-generation college student, and currently a first-generation graduate school student. Were it not for the many mentors, researchers, and scientists that invested in me, I would not be a marine biologist today. I owe them a great debt of gratitude, and am repaying that debt by helping other students every step of the way.

I'll be presenting a talk on Oct. 11 at 1:45 p.m. in Room 303A on the development of skin and branchial ionocytes in larval Yellowfin Tuna (Thunnus albacares), which describes the cells responsible for keeping the larval tuna alive despite their constant seawater intake. I'll also be at the UC San Diego booth (#1032), viewing poster sessions, and can be found on Twitter @megapterasaur and @SquidtoonsComic or via email at Tfkwan@ucsd.edu.

Start early, build a relationship with your potential advisor, and work with them to create a project proposal that is feasible and interesting (to you). Be proactive and actively find research opportunities and grant funding. Work hard, because nothing good ever comes easy. And when you make it into grad school, don't forget to help others get to where you are. 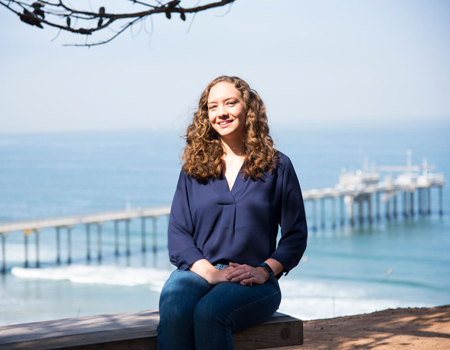 I research the heterotrophic bacteria in the California Current Ecosystem (CCE) as part of the National Science Foundation-supported CCE Long Term Ecological Research (LTER) site. These bacteria are important because they are the main recyclers in the upper ocean, which benefits other organisms by keeping nutrients near the sunlit surface. I’m interested in how the bacterial community responds to changing ocean conditions and how those changes impact the rest of the food web. I work in the lab of Lihini Aluwihare.

I became interested in the field of marine microbiology because I enjoy understanding how small things can have big influences. My background is as a biochemist, so I tend to think about molecular-level interactions. Bacteria operate on microscales, but there are billions of bacteria in a bucket of seawater. They may be small, but they can have a huge impact on the biogeochemistry of the ocean. It’s impossible to understand the ecosystem of the ocean without considering the influence of heterotrophic bacteria.

Attending the SACNAS Conference is important to me because I get to connect with people who are too often underrepresented in the room. Creating a space for all of us to gather provides a renewed energy and sense that none of us are alone, even if many of us feel alone at our institution. Networking is an essential part of achieving success, and attending the SACNAS Conference helps build that network.

The majority of the time, I’ll be at the UC San Diego booth (#1032). People can also follow me on Twitter @rivera4science or email me at s6rivera@ucsd.edu.

My advice is to treat applying to a PhD program like dating before entering a long-term relationship. You and your program should be mutually interested in each other. The program needs to consider whether you are a good fit, whether they need to support you financially, and whether they have resources that you might want, such as transportation, housing, etc. Once you’ve been accepted, it’s important for you to consider how your program treats its students, whether there are financial issues that you should be aware of, and whether you would be happy living with that program for at least five years. Applying for a PhD program isn’t simply about grades or test scores. If it doesn’t work out, remember that they probably weren’t the right match for you. It’s about finding the program—and often the one lab group and advisor—with which you can commit to being in a long-term relationship. 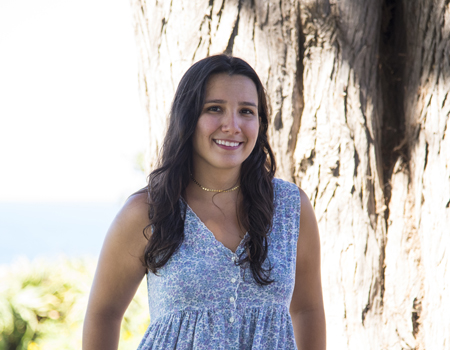 I study small-scale fisheries ecology in Northwest Mexico. I am particularly interested in how climate change and its effects to marine ecosystems cascade through to small-scale fishing outcomes.

I became interested in this field as an undergraduate at UC Santa Cruz, where I studied ocean acidification in a variety of marine systems. I learned so much from that line of work about climate change and marine ecology in its many awe-inspiring manifestations. That experience combined with my family’s heritage and background in small-scale fishing led me to become interested in Octavio Aburto’s lab here at Scripps.

I was part of my school’s SACNAS chapter as an undergrad where I met some wonderful people and learned about key opportunities that helped me grow as a scholar. Thus, going to the SACNAS Conference this year feels like a continuation of that already positive experience. I’m excited to share what I’ve learned about graduate school and research to students who might not already have that information.

I am fairly active on Facebook and can be reached via email at emferrer@ucsd.edu. I will also be at the UC San Diego booth (#1032) a fair amount of time.

For all those applying to a PhD program, the best piece of advice I can give is to start early! I think starting early gives one ample time to collect his/her/their thoughts and produce an excellent statement of purpose. In addition to starting early, I recommend that when writing your application to graduate school and external funding opportunities, focus your attention on research that you are genuinely passionate about. Your passion will come through, give you more to talk about, and will likely increase your success in the application process. 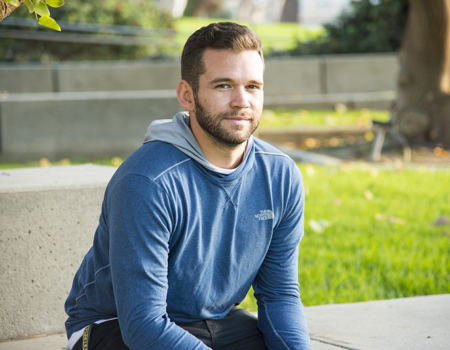 My research project at Scripps deals with the evolution of terrestrial planetary bodies from a thermodynamics point of view. The research is mostly all theoretical, employing supercomputers at UC San Diego to run finite-element simulations of chemical and compositional evolution of planets to investigate what different scenarios are possible in the formation of terrestrial planetary bodies. My project, in particular, tries to understand how the Earth cooled and differentiated from an initially-molten state, and how this state might have been the basis for the well-characterized seismic observations of low-velocity zones at the core mantle boundary, and how such a state might have been capable to generate a long-lived dynamo as that believed to have existed early on in Earth's history.

While completing my undergrad in physics, I managed to do two research projects, one of which was with a geophysicist in the Earth and science department studying the spectroscopic signatures of materials' phase transitions at high pressures. It was this project, and in particular the adviser, who sparked my curiosity in the field. While my undergrad project was very different from what I do now, the interest is the same: the study of deep Earth's material properties, their evolution, and their impact on how planets come to be.

From the very first SACNAS Conference I attended as an undergraduate student, I noticed the great potential for growth it offers to students. The SACNAS Conference is a great place to discuss ideas with other students who might either be doing something similar to my research, or are simply interested in following a similar path. The open embrace to diversity at SACNAS makes it a very safe place to express one’s ideas, aspirations, and goals while getting crucial feedback and advice from people who have faced similar hurdles in their academic careers.

SACNAS is not only a great source of information for students looking to pursue a graduate degree, or find a postdoctoral opportunity; but, also for those who would like to pursue a career in industry as they tend to have representatives from many top companies ready to assist students with all their questions and concerns. Moreover, having attended the SACNAS Conference multiple times already, it has become a place to reconnect with friends: those who went to the same undergraduate institution as me and were my classmates, as well as the many new friends I made simply by attending the SACNAS Conference and sharing a common connection.

I will be at the UC San Diego booth (#1032) and can be reached via email at nblanc@ucsd.edu.

A PhD program is very different than anything you might do as an undergraduate. While most PhD programs require students to take classes during their first year, the majority of it will be spent working very closely with your advisor in developing and advancing your research project. It is for this reason that one of the priorities in selecting a potential PhD program is getting to know the faculty member(s) with whom you wish to work. At Scripps, geophysicist Dave Stegman is my advisor.