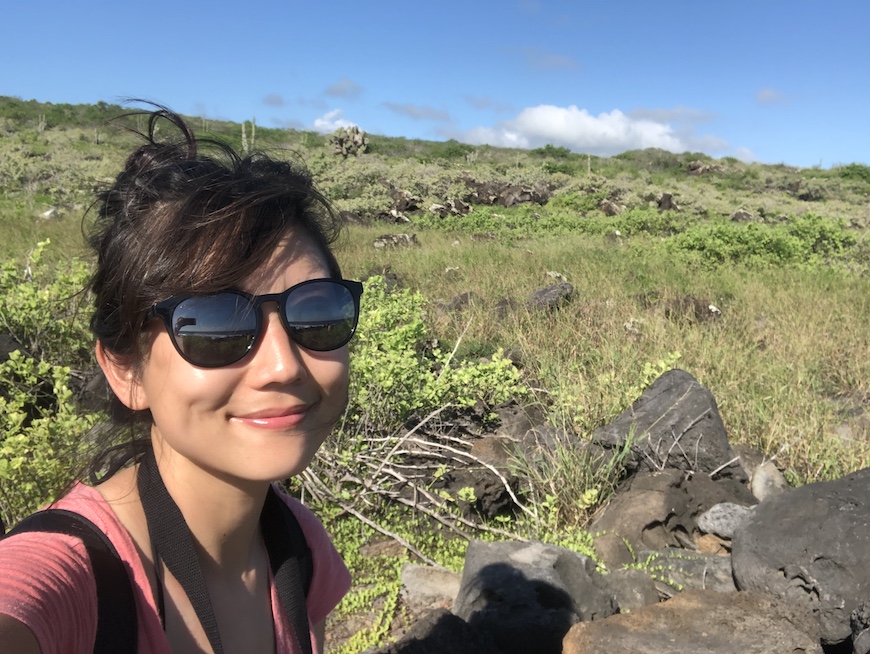 
Audrey Tan is a Master of Advanced Studies (MAS) student at Scripps Institution of Oceanography at the University of California San Diego. She was born and raised in Singapore where she has grown an appreciation of her country’s natural beauty beyond its bustling cityscape. Tan studied sociology at the National University of Singapore where she received her bachelor’s degree.

At Scripps, she is working towards her MAS in Climate Science and Policy (CSP) and studies the impacts of El Niño under the mentorship of Corey Gabriel, the assistant director for the CSP program. Tan researches the double-sided impacts of the El Niño-Southern Oscillation and how it affects lives, livelihoods, and biodiversity across the Pacific Ocean. We caught up with Tan to find what made her seek out Scripps to further her education, why she has such a passion for sharing individual stories, and more.

explorations now: What were you involved in before you came to Scripps?

Audrey Tan: I am a journalist for The Straits Times, the national newspaper of Singapore. As the environment correspondent for the paper, I write about a whole range of national and international environmental issues, from climate change to biodiversity conservation. Some work samples can be found here.

en: Why did you choose to attend Scripps for graduate school?

AT: I learnt about Scripps after I started working full-time with The Straits Times in 2013. A number of scientists I interviewed over the course of my work mentioned Scripps or cited research from there. The more I read up about Scripps and the quality of research done here, the more determined I was that it would be a wonderful place for a journalist to gain more institutional knowledge about climate change – possibly the greatest crisis to plague our planet. I told myself that if ever I were to pursue a master’s degree, it would be at Scripps and nowhere else, and I’m glad that I was admitted!

AT: I am researching the impacts of the El Niño-Southern Oscillation (ENSO) across the Pacific Ocean, and how El Niño events could impact biodiversity, lives, and livelihoods and communities in the affected areas. You can find Tan's Capstone project here.

AT: The El Niño event in 2015, for example, worsened the hot and dry conditions in Southeast Asia. It caused forest fires typical of the agroforestry landscape in the region to burn harder and for longer, and resulted in the worst haze crisis on record. Many people died, economies were affected, and iconic wildlife like orangutans were practically burnt alive. But El Niño events have an opposite impact across the Pacific Ocean, in places such as Peru and Ecuador. There, severe El Niño events cause intense rain and floods, and warming sea surface temperatures reduce the supply of cool, nutrient-rich water that affect biodiversity and pillar sectors of economies, such as fisheries.

As a journalist, the see-saw impacts of El Niño present an interesting hook for story-telling. One climate event, affecting the world’s largest ocean basin, in completely opposite ways! Granted, El Niño is a natural event that has been occurring for centuries and would occur well into the future regardless of anthropogenic climate change. But to me, it highlights the interconnectedness of the global climate system. Moreover, the impacts of El Niño – warming sea surface temperatures, and changing rainfall patterns – may be short-term. But in some places, they mimic the impacts of long-term climate change. So in a way, it provides scientists and people with a glimpse into the future, should nations not take stronger climate action.

I was born and raised in Southeast Asia, home to many communities, especially those living in rural areas, impacted by these climatic events. I am interested in telling their stories to a wider audience so more people are aware about the repercussions of global climate change. As a journalist who has covered international climate change events including COP24 in Poland, I realized that the stories of individuals often do not make it to these international discussions. Yet, these are the people who are bearing the brunt of the changing climate. "To each number, there is a name. To each statistic, there is a face. To each percentage, is a person worried about their family.” Patricia Espinosa, executive secretary of the United Nations Framework Convention on Climate Change, made this remark at COP24, and it is one that resonates strongly with me.

I would like to thank the Scripps Center for Climate Change Impacts and Adaptation, as well as my employer, The Straits Times, for their support for this project. 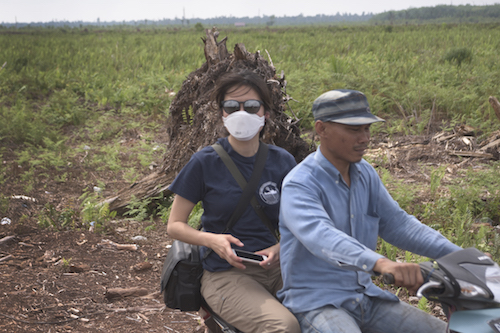 AT: San Diego offers beautiful views of the Pacific Ocean and the Scripps campus is the perfect place to enjoy it. Aesthetics aside, I am receiving a ton of intellectual stimulation from my professors and my classmates, and learning something new every day. So if I were to describe a typical day in my student life at Scripps in one word? It would be: Refreshing.

AT: The opportunity to travel, meet new people, and learn new perspectives. It prevents me from falling into echo chambers.

AT: There are many people who have helped me during my time at Scripps, from my classmates, to my professors and PhD students. I would like to mention two in particular, my capstone chair Corey Gabriel, as well as Shang-Ping Xie, who is also on my capstone advisory committee.

From the get-go, they have been very excited and supportive of my project, letting me bounce ideas off them and offering scientific insights. They were also very patient with me and responsive to my many questions both in the classroom and out. I was a little worried coming into this program without an undergraduate degree in the sciences, but they were willing to take a chance on this project. I am very grateful to them for taking time out of their busy schedules to explain scientific concepts to me, recommend papers, and linking me up with their contacts.

AT: I will be returning to Singapore to continue my career as an environment reporter at The Straits Times. I hope to be able to use the knowledge gained during my time here to improve the mainstream climate discourse in Singapore and the region.