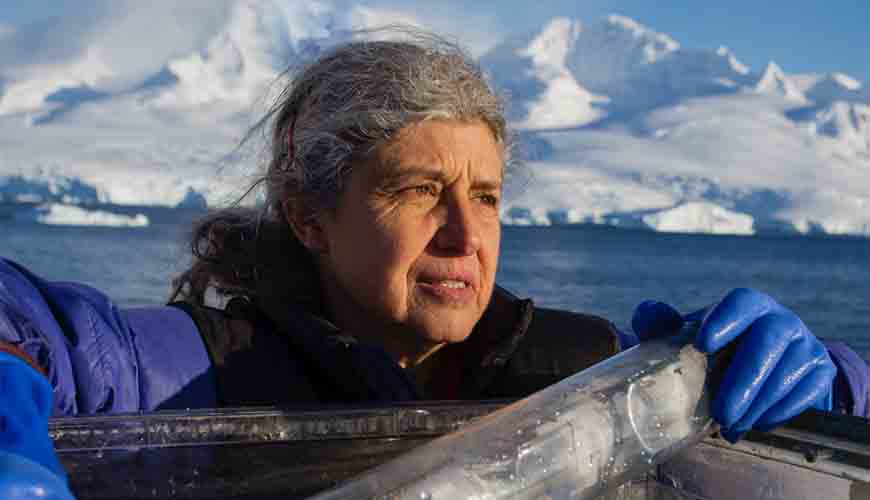 Seven researchers at the University of California San Diego, including one professor from Scripps Institution of Oceanography, have been named Fellows of the American Association for the Advancement of Science (AAAS), the largest general science organization in the United States and publisher of the journal Science.

Farhat Beg, Robert Continetti, Rajesh Gupta, Pavel Pevzner, Maria Vernet, Dong-Er Zhang and Liangfang Zhang join a total of 416 AAAS members that have been awarded this honor because of their scientifically or socially distinguished efforts to advance science or its applications. New Fellows will recognized during a ceremony Saturday, Feb. 16, from 8 to 10 a.m. Eastern Time at the AAAS Fellows Forum during the 2019 AAAS Annual Meeting in Washington, D.C. This year’s AAAS Fellows also will be formally announced in the AAAS News & Notes section of the journal Science Nov. 29, 2018.

New fellows are nominated by the steering group of their respective AAAS sections, by three existing fellows or by AAAS’s chief executive officer. Each steering group reviews the nominations of individuals within its respective section and a final list is forwarded to the AAAS Council, which votes on the aggregate list. 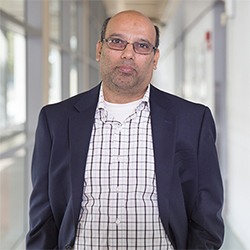 Farhat Beg is a professor of mechanical and aerospace engineering and director of the Center for Energy Research. He is recognized for his contributions to the field of high energy density science, which deals with the study of matter under extreme conditions of pressure and temperature, such as those that exist in the interior of stars and planets. Beg develops experiments capable of reproducing such extreme conditions using short pulse, high intensity lasers and pulsed power Z-pinches. This work enables researchers to test theories and models of how celestial bodies are formed and to understand more about the universe. 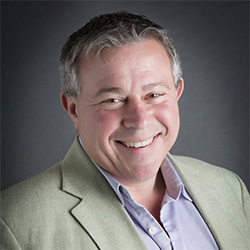 Robert Continetti is an experimental physical chemist who has broadly contributed to the study of molecular reaction dynamics by developing coincidence imaging techniques for transient molecules and clusters. The senior associate vice chancellor for academic affairs and distinguished professor of chemistry and biochemistry is renowned for his novel studies of energetics and dissociation dynamics of transient species. He has provided experimental data essential for improving the understanding of complex chemical phenomena in the gas phase. Over the last 25 years, he and his colleagues have carried out several groundbreaking, sophisticated measurements, emphasizing photodetachment and dissociative photodetachment processes of negative ions, many-body dissociation dynamics and charge transfer processes important in atmospheric, combustion and astrophysical processes. As a bold experimentalist, he trains his students in the full range of experimental apparatus design, construction and implementation. His research program has recently entered a new domain—the spectroscopy and impact dynamics of aerosols and nanoparticles using a newly developed “Aerosol Impact Machine.” 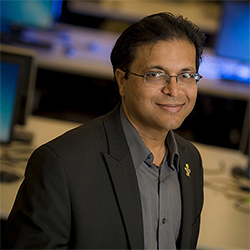 Rajesh K. Gupta, a distinguished professor of computer science and director of the Halıcıoğlu Data Science Institute (HDSI), is recognized for “distinguished contributions in design of embedded systems and hardware-software co-design, and leadership in research administration.” Gupta’s research focuses on cyber-physical systems such as smart buildings. He leads the National Science Foundation-supported project MetroInsight on city-scale sensing data for improved services; and serves as co-principal investigator for DARPA’s Semiconductor Research Corporation on Computing on Network Infrastructure (CONIX). Methods and tools he developed for design of microelectronic chips are now used in standard practice for building semiconductor chips. Gupta was instrumental in the creation of HDSI as an academic unit.  He holds the Qualcomm Endowed Chair in the Department of Computer Science and Engineering, and the international chair for France’s National Institute for Research in Computer Science and Automation (INRIA). He is an IEEE and ACM Fellow. 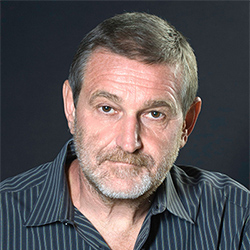 Pavel Pevzner, a distinguished professor and the Ronald R. Taylor Chair in the Department of Computer Science and Engineering, is being recognized “for seminal contributions to computational molecular biology and for leadership in bioinformatics education.” His algorithmic ideas have been incorporated into many of the tools used in bioinformatics. Pevzner works in the field of computational molecular biology, where he developed pioneering algorithms for decoding the sequences of genomes, antibodies, and antibiotics. In addition, Pevzner is a pioneer in online bioinformatics education. He co-developed the popular online Bioinformatics and Algorithms specializations on Coursera and edX based on a textbook “Bioinformatics Algorithms: an Active Learning Approach” that was adopted in about hundred universities worldwide. Pevzner is a Howard Hughes Medical Institute Professor, a Fellow of the Association for Computing Machinery and has received the Senior Scientist Award from the International Society for Computational Biology. 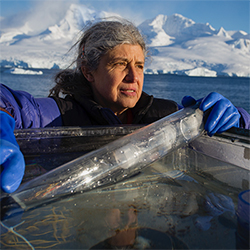 Maria Vernet, an emeritus researcher in the Integrative Oceanography Division at Scripps Institution of Oceanography at UC San Diego, was recognized “for distinguished contributions to understanding the dynamics of polar phytoplankton communities, especially in the context of polar ice-shelf breakup and ice melt.” A phytoplankton ecologist, Vernet researches long-term changes in marine ecosystems with a special emphasis on life in polar regions. She is particularly interested in the importance of Antarctica’s role in the carbon cycle of the planet and how carbon taken from atmospheric CO2 is sequestered in the deep ocean. 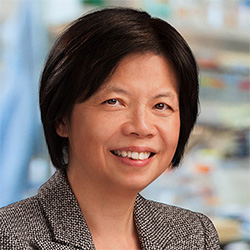 Dong-Er Zhang, a professor in UC San Diego’s Division of Biological Sciences and Department of Pathology, School of Medicine, is being recognized for “distinguished contributions to the field of molecular and cancer biology, particularly in the blood cell development and malignancies, and for outstanding teaching of undergraduate students.” Zhang studies the molecular basis of cancer development and progression, including the regulation of gene expression by the RUNX family of transcription factors and protein modification by ISG15. Previously with the Scripps Research Institute, Zhang was a Leukemia and Lymphoma Society Scholar and received the prestigious Stohlman Scholar Award from the Leukemia and Lymphoma Society. She is involved in multiple international grant review committees and also contributes to the organization of scientific conferences. She also teaches “Molecular Basis of Human Disease,” a senior undergraduate course. 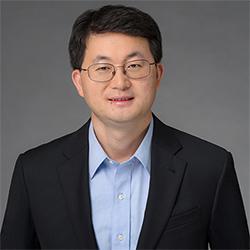 Liangfang Zhang, a professor of nanoengineering, is recognized for his revolutionary work in the field of nanomedicine, which focuses on nanomaterials for medical applications. He invented a way to make nanoparticles perform therapeutic tasks in the body without being rejected by the immune system. His method is to disguise synthetic nanoparticles in the skins of natural cells, such as red blood cells, white blood cells, platelet cells, cancer cells and others. Zhang’s cell membrane coating technology has produced nanoparticles that can be used to treat rheumatoid arthritis; fight drug-resistant bacterial infections; train the immune system to fight cancer; manage sepsis; and deliver drugs to specific sites in the body.