The Story of My Octopus

Admittedly, I wasn’t particularly interested in octopuses – yes, that is the correct plural form – until about a year ago. I’d heard about them here and there, mainly their intelligence, but I’ve never had a personal experience with one. I’m a coral reef ecologist by trade, a digital scientific illustrator by choice, and a hopeless animal lover at heart. Over the past six months or so, I developed a bond with an octopus that can best be described as out-of-this-world, which is rather fitting, I guess, considering that octopuses are basically the closest thing to aliens we have on Earth.

Recently, in an effort to improve my husbandry skills, I decided to volunteer for Phil Zerofski (the experimental aquarium manager at Scripps) and his assistant, Ashleigh Palinkas. I was responsible for helping to take care of the marine invertebrates in our aquarium system; feeding the animals, maintaining their tanks, and cleaning as needed. On my first day of training after the brief run-down, I was introduced to a group of North Pacific bigeye octopuses (Octopus californicus) collected from a deep sea trawl on one of Scripps' research vessels. Among them was one I’d soon call my own – my latest unofficially-adopted ‘pet’ who I named Aaron.

Whenever I finished my tasks for the day, I’d spend a few minutes interacting with Aaron. While the other octopuses would generally avoid my touch or even squirt water at me, Aaron responded positively to me whether I had food for him (thawed fish, squid, or occasionally, crab meat) or not. He allowed me to pick him up and then he’d wrap his eight squirmy arms around my hand, latching onto my fingers with his suckers. I noticed that he liked being in enclosed spaces; despite his large tank filled with over 100 gallons of chilled seawater, Aaron preferred to be by himself in a small floating basket inside the tank. So, to entice him, I started bringing in different-sized containers for him to inhabit: recycled glass jars, plastic bins, a fish bowl, and even a hamster tube.

Every time I came into the aquarium room, I’d go check on Aaron straight away. Octopuses can’t hear, but they can sense vibrations, and to let him know when I arrived, I would either greet him (“hi, Aaron!”) or knock lightly on the side of the tank. Studies show that octopuses can recognize faces; and sometimes Aaron would ‘wiggle’ his arms back and forth as if he were waving at me. Maybe this is just a product of my overactive imagination, but since octopuses have most of their neurons located in their arms, I figured it meant he was processing information – that he realized I was there to visit him. Octopuses can also control the color of their skin using pigment cells known as chromatophores, and when Aaron was relaxed in the palm of my hand, his skin would become pale, nearly white (and simultaneously, my heart would melt). Just as I thought of him as ‘my octopus,’ he seemed to think of me as ‘his human.’

I had read that in captivity, octopuses need constant mental stimulation, otherwise they might escape their tank out of curiosity or sheer boredom. I offered Aaron toys to play with, to keep him actively engaged: a set of textured “baby’s first keys,” cheap figurines ironically shaped as sea creatures, pool dive rings for him to swim through, and other miscellaneous items, including a real pacifier. His favorite toy, of course, was a clear plastic bottle cap I’d randomly found on the ground. For most of the day he’d lay there at the bottom of one of his containers, in his basket within the tank, with that specific bottle cap suctioned to his arms. As the months went by, eventually he gained the confidence to explore the rest of the tank beyond just his basket. A few times, I even witnessed him hanging from the corner of the tank, squirting water at people walking by (out of his siphon, or ‘funnel’), like the other octopuses did. They’re known to be capable of social learning, but this caught me by surprise given how timid he usually was. He had an adorable habit of covering his eyes with his arms whenever I’d give tours to people who were unfamiliar to him.

I grew more attached to Aaron the longer I knew him, and vice versa (or at least I’d like to think so). When I was stressed or overwhelmed, I’d spend some time alone in the experimental aquarium observing Aaron; taking artistic ‘macro’ shots of him with my camera; cuddling him (well, at the extent to which you can cuddle an octopus; and for the record, I’d often give him a soft kiss on the mantle, or ‘head’). Aaron was more than just my pet. He truly became my companion and friend. But, as with everything else in life (both good and bad), it can’t last forever, and unfortunately octopuses have really short life spans of about one to two years at maximum.

The first visible sign of him aging was that the coloration on the webbing between his tentacles was fading. His typical bright orange ‘skirt,’ so-to-speak, was becoming more dull and grayish. Awhile later, there were higher-than-average water temperatures locally, which couldn’t be cooled down sufficiently by our facilities at the time, and it ultimately caused the temperature in Aaron’s tank to spike temporarily. By the following week, I could tell something was wrong. His skin was patchy-white, flaking off. He was slumped over in the basket, refusing food. At first I thought he might just be sick, and I even falsely convinced myself he would make it…but now I know that it was the effects of old age, probably combined with heat stress.

I regretfully said my final goodbyes to him one evening, in what was honestly one of the saddest days of my life. The next morning, expecting to find a lifeless body in Aaron’s basket, I found a single egg case as well as a barely-alive-but-still-breathing Erin. Yes, Erin! It turns out that Aaron was actually female all along! In fact, it’s almost impossible to distinguish between octopus genders unless they happen to lay eggs, in which case they’re female; or, if the third right arm has suckers extending to the tip, but that requires close inspection by an expert. Since Erin didn’t mate, the egg was not viable; and because she had expended a significant amount of energy laying it (and shortly afterward, to my disbelief, there were even a couple more) her condition was getting worse. She was deteriorating by the hour and it was an awful sight.

I’ll spare you the details, but what was most astonishing in my opinion (above all else), was that even in her utmost weakness, she still reacted to me: opening her eyes slightly to look directly into mine as I cried in front of her; sticking to my finger with the bit of suction she had left. It was like she came back to life in my presence, if only for a few moments. I was by her side until her last breath and, as difficult as that was, I’m glad to have proven my loyalty to her; while I can say that it was painful for me, I couldn’t begin to imagine what was going through her mind at the time.

Since then, in dealing with her loss, I’ve found some peace in trying to honor her. My connection with that octopus was stronger and more genuine than I could express in words. It’s even more beautiful to think that she – a deep-sea octopus who would have never encountered a human – became comfortable with me, trusted me, and perhaps maybe even felt as compassionately toward me as I did for her. After all, we don’t yet understand the complexity of emotions that an octopus can perceive, let alone feel. While we may not speak the same language, the relationship between a human and an octopus (or any animal, for that matter) can be just as powerful, and for that reason, infinitely more magical, than any other. Rest In Peace, Aaron/Erin. 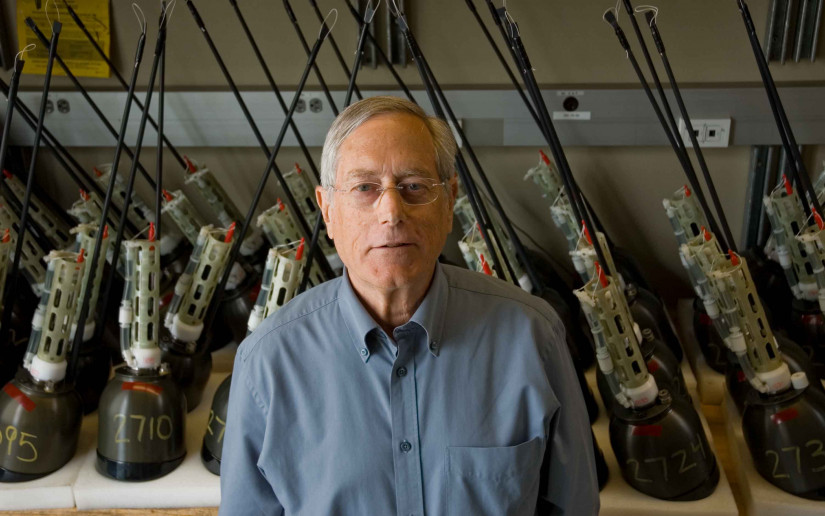