A new study by NASA, Scripps Institution of Oceanography at UC San Diego, and other partners has found that in California's Sierra Nevada, atmospheric river storms are two-and-a-half times more likely than other types of winter storms to result in destructive “rain-on-snow” events, where rain falls on existing snowpack, causing it to melt. Those events increase flood risks in winter and reduce water availability the following summer.

The study, based on NASA satellite and ground-based data from 1998 through 2014, is the first to establish a climatological connection between atmospheric river storms and rain-on-snow events. Collaborators on the study included UCLA and the Earth System Research Laboratory, Boulder, Colorado.

Atmospheric rivers are narrow jets of very humid air that normally originate thousands of miles off the West Coast, in the warm subtropical Pacific Ocean. When the warm, moist air hits the Sierra Nevada and other high mountains, it drops much of its moisture as precipitation. Only 17 percent of West Coast storms are caused by atmospheric rivers, but those storms provide 30 to 50 percent of California's precipitation and 40 percent of Sierra snowpack, on average. They have also been blamed for more than 80 percent of the state's major floods.

“The research extends our understanding of how important atmospheric rivers are to extreme events in California, including their key roles in both water supply and flooding,” said study co-author Marty Ralph, a climate scientist at Scripps Oceanography. “It adds a new dimension of awareness when trying to anticipate the potential impact of a landfalling atmospheric river that could prove useful to water managers.”

“In California, atmospheric rivers tend to be the warmest winter storms we get.  We wanted to understand what the connection was between these storms and rain-on-snow events,” said Bin Guan, lead author of the study, which is accepted for publication in the journal Geophysical Research Letters.  Guan is affiliated with the Joint Institute for Regional Earth System Science and Engineering, a collaboration between NASA's Jet Propulsion Laboratory in Pasadena, California, and UCLA.

“That small difference in temperature often determines whether we gain snow or lose snow from a storm,” said Guan.

The researchers found that the warmer storms typically originate in the Pacific south of 25 degrees north latitude. The cases without rain-on-snow events came from farther north, outside the tropics.

The amount of snow that melts in these events depends on how warm the rain and air are and how much rain falls. But the researchers found that, on average, warmer storms generate about a quarter-inch (0.7 centimeter) of snowmelt (i.e. liquid water) for each day of rain, providing 20 percent of the water available for runoff in these events.

In other words, Guan said, “The primary contribution to any flooding still comes from the rainfall, but the melting snow makes things 20 percent worse.”

"These results highlight the value of observing these events to better understand and, we hope, predict rain, snow, and floods in our region," said study co-author Duane Waliser, chief scientist of the Earth Science and Technology Directorate at JPL.

NASA uses the vantage point of space to increase our understanding of our home planet, improve lives, and safeguard our future. NASA develops new ways to observe and study Earth's interconnected natural systems with long-term data records. The agency freely shares this unique knowledge and works with institutions around the world to gain new insights into how our planet is changing. 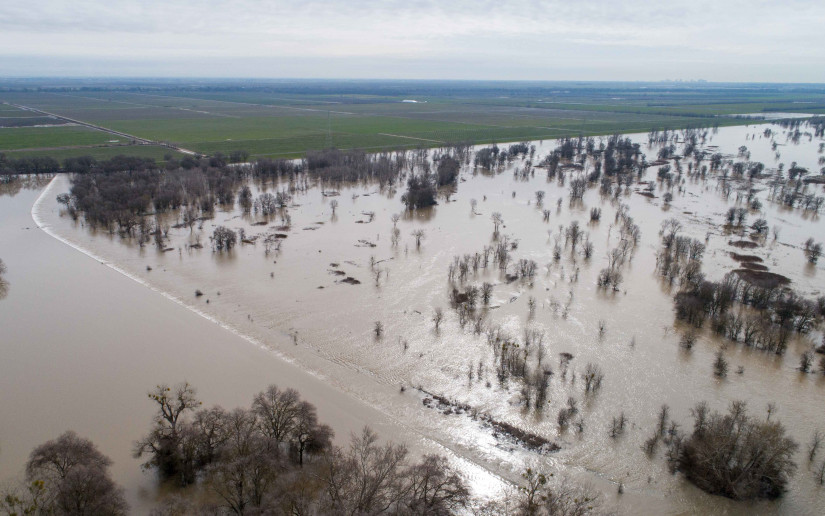