What is Scientific Diving? 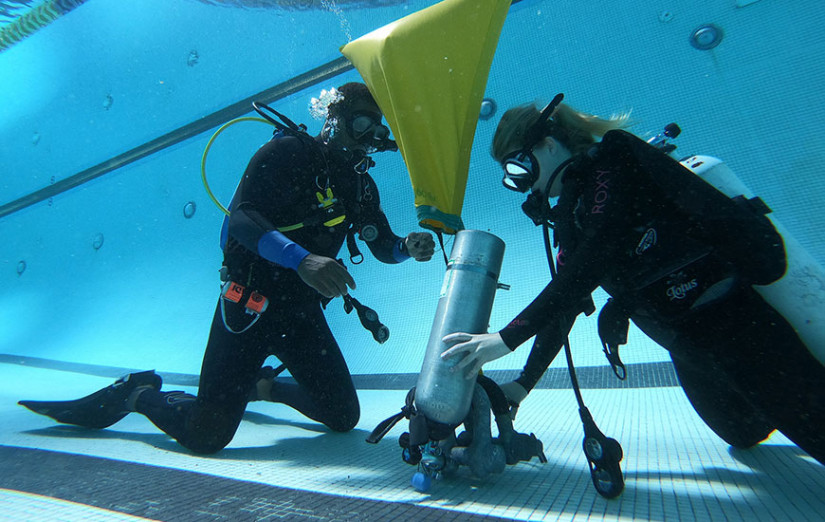 In 1975, in response to numerous accidents in the commercial diving sector, the United Brotherhood of Carpenters and Joiners of America, supported by the AFL-CIO, petitioned the Federal Government urging a development of commercial diving standards applicable to all professional diving operations. Given the employee-employer nature of the relationship between scientists and students and their universities, these standards would have impacted most scientific diving activities associated with academic and research institutions.

The AAUS submitted arguments to OSHA sighting the communities self-regulation and promulgation of consensual standards for more than 20 years as well as an accident incidence rate lower than the Commercial Diving Industry. Following extensive negotiation and Congressional Hearings, a final ruling was issued in November 1982, granting a scientific exemption.

OSHA has defined scientific diving as diving performed solely as a necessary part of a scientific, research, or educational activity by employees whose sole purpose for diving is to perform scientific research tasks.  Tasks usually associated with commercial diving such as but not limited to: placing or removing heavy objects underwater; inspection of pipelines and similar objects; construction; demolition; cutting or welding; or the use of explosives, are generally not considered exempted diving. (29 CFR Part 1910.402)

Scripps Oceanography is a founding member of the American Academy of Underwater Sciences and remains an organizational member in good standing.  Adherence to AAUS standards facilitates collaboration between member institutions as qualifications and authorization are recognized through a process of reciprocity.