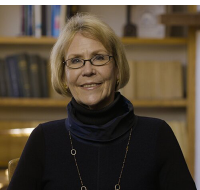 It would be an understatement to say that the fiscal year 2019-2020 brought challenges to Scripps Institution of Oceanography due to the global pandemic. While circumstances limited access to campus in March 2020, the Scripps community and university responded in a resounding way. Essential research carried on, our community adapted in inspiring ways, and the university as a whole developed an audacious plan to safely return to campus.

At Scripps, our scientists also got involved in COVID-19 research and awareness efforts. Atmospheric chemist Kimberly Prather embarked on an outreach campaign that included contributions to the journal Science to educate scientific leaders and the public about the airborne transmission of SARS-CoV-2. Her original piece had worldwide reach and was downloaded more than 1.5 million times, and she has advised federal health agency leaders on the topic.

The social justice movement following the killings of George Floyd, Breonna Taylor, Ahmaud Arbery, and others illuminated issues of systemic racism in academia. At Scripps, it inspired a series of community conversations, and new momentum with actionable steps towards expanding diversity and inclusion among students, staff, and faculty.

While this past year had challenges, there was also a lot to celebrate. It was a banner year for awards for members of the Scripps community. Some of these awards include Prather being elected to the National Academy of Sciences, Vicki Grassian, David Victor and I being elected to the American Academy of Arts and Sciences, and from the American Chemistry Society, Bradley Moore received the Ernest Guenther Award in the Chemistry of Natural Products, and Grassian received the ACS Award in Surface Chemistry.

In June, NOAA announced that UC San Diego would be home for the new Cooperative Institute for Marine, Earth, and Atmospheric Systems. This selection comes with up to $220 million in funding over five years, which could make it the institution’s largest award ever. This new institute will direct more funding to essential observation programs like Argo, the Keeling Curve, and CalCOFI, helping us continue to understand and protect the planet for years to come, and ensure a sustainable future for the ocean.

Thank you to our supporters, students, staff, and faculty, for the tenacity shown this past year.

Scripps Institution of Oceanography at UC San Diego welcomed eight new Community Engagement Fellows to support Scripps’ efforts to develop and engage the Scripps community around equity, diversity, and inclusion. The role of the Community Engagement Fellows is  to educate their peers on current issues, and serve as catalysts for creating impactful change as mentors of empathy and representatives that advocate for community, awareness, and equality. 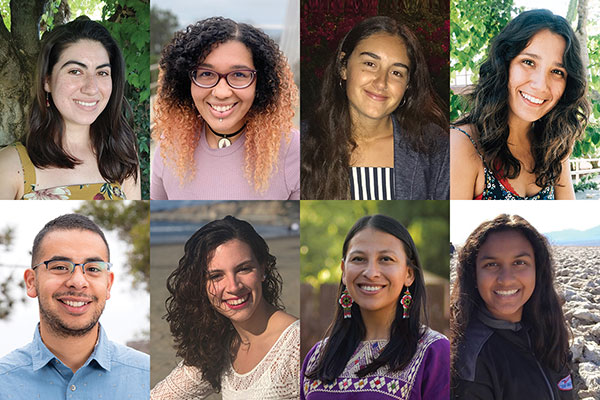 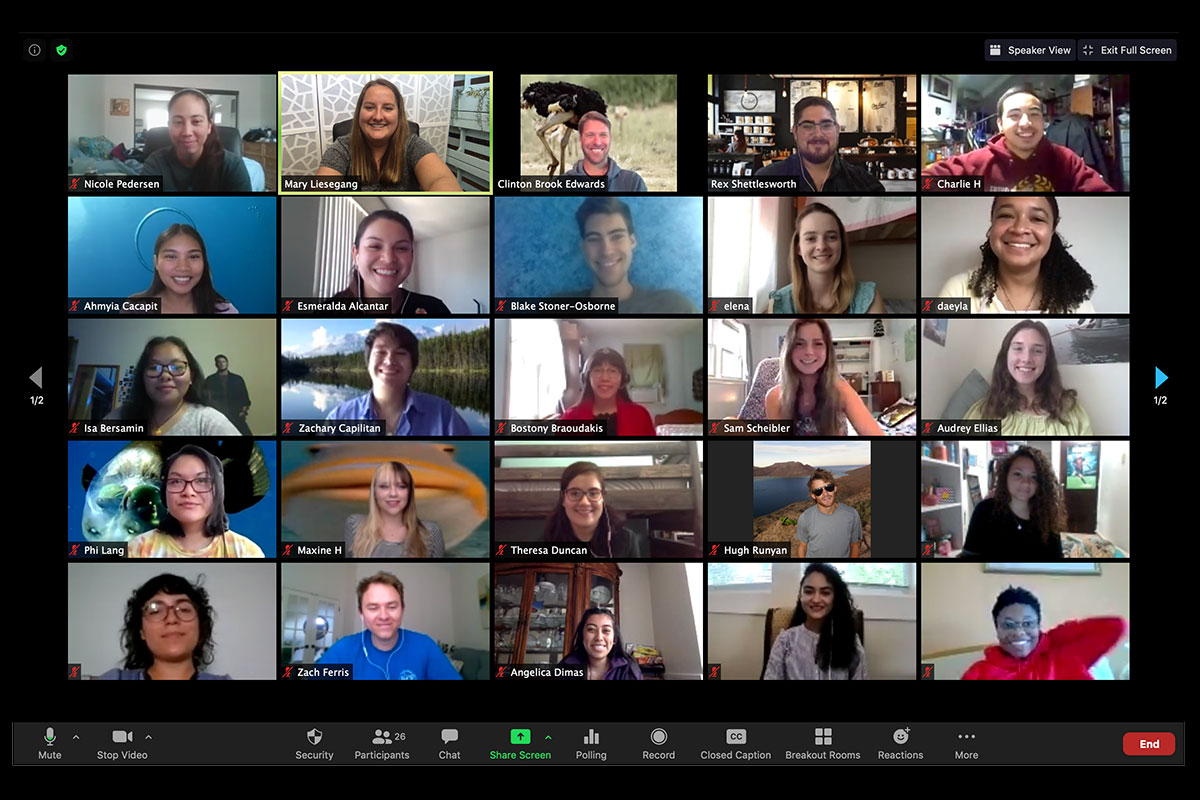 Despite complications from COVID-19, the Scripps Undergraduate Research Fellowship (SURF) was still able to welcome 19 students this year by pivoting to a new hybrid model. Additionally, a new virtual program allowed 19 more students to participate in a fully remote summer research experience working on the 100 Island Challenge. The SURF program was designed to increase student diversity in geosciences by recruiting individuals from institutions with limited undergraduate research opportunities. So far, 75 percent of former SURF students have continued on to graduate school or careers in Earth and ocean sciences.

Read more about the success of the 2020 SURF program

From STEM to Stars

In October 2019, Scripps alumna and NASA astronaut Jessica Meir (PhD ‘09) made history when she and her crewmate Christina Koch completed the first all-female spacewalk outside of the International Space Station. Meir was also named one of Time magazine’s 100 Most Influential People because of this historic achievement. 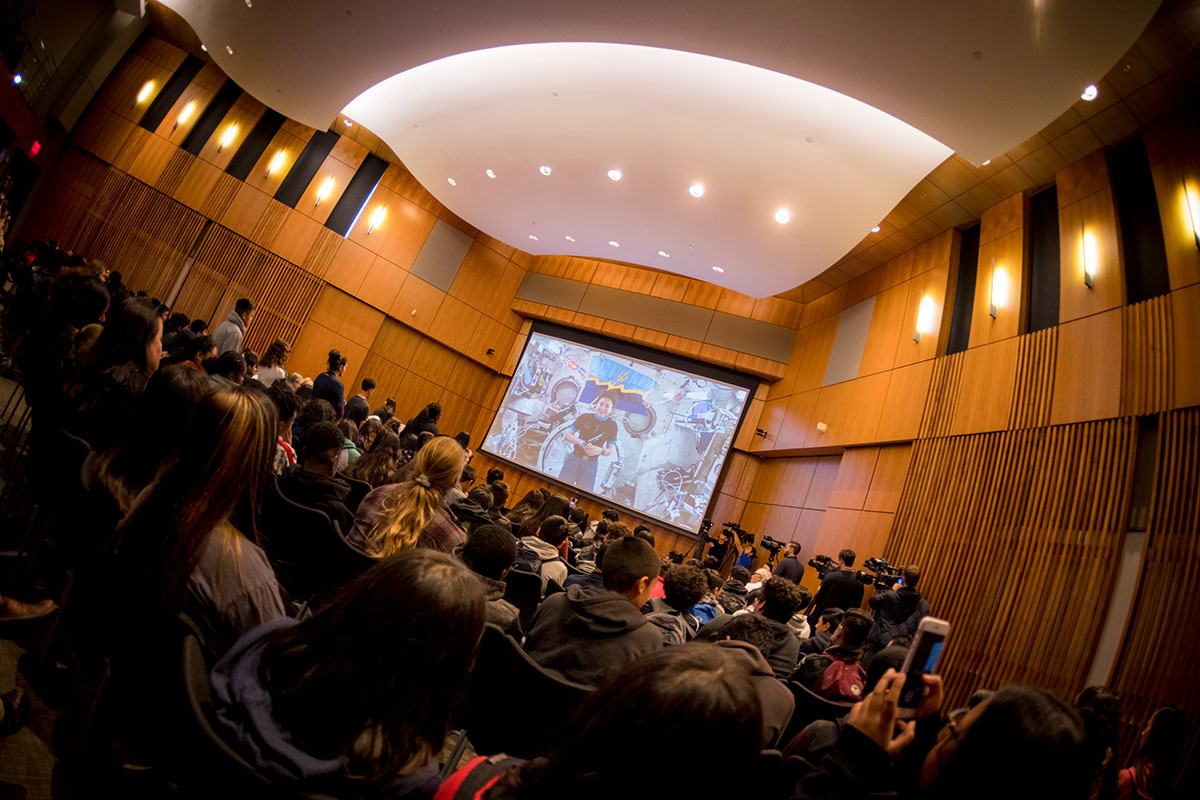 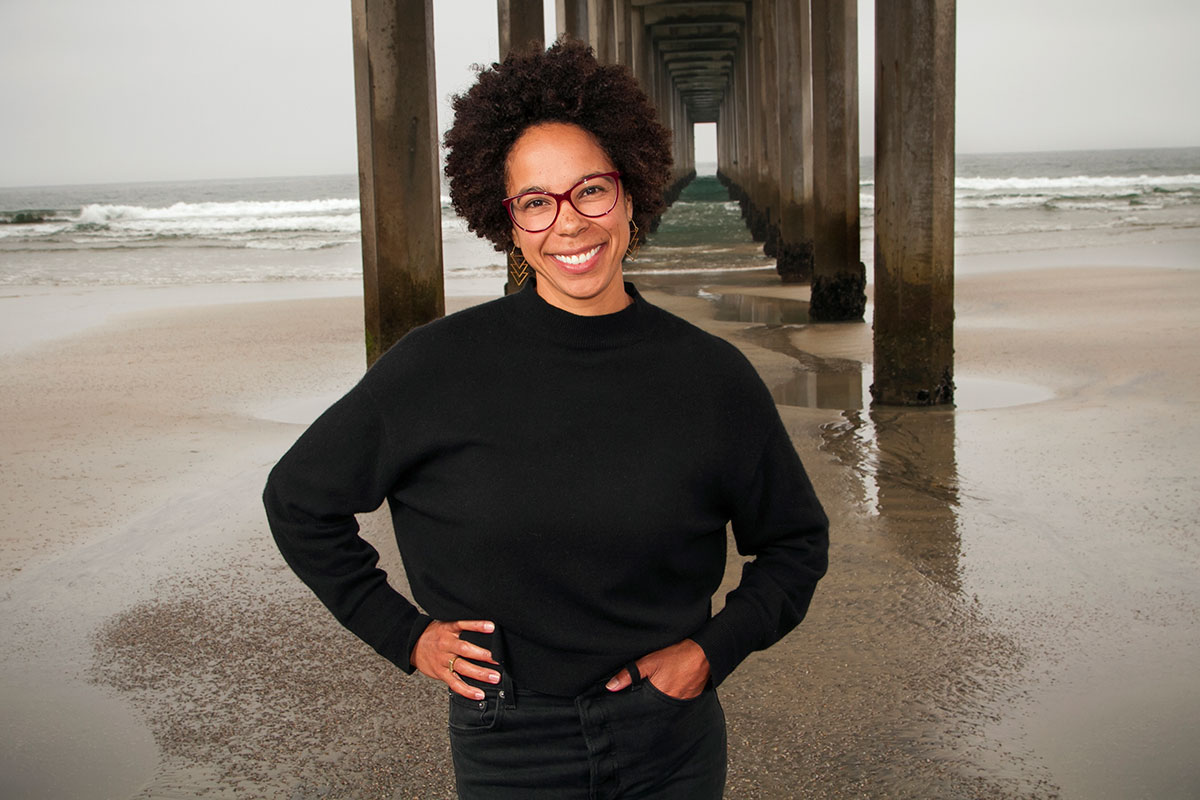 2020 was a productive year for Scripps alumna Ayana Elizabeth Johnson (MS ’09, PhD ’11). The marine biologist and policy expert advised Elizabeth Warren’s presidential campaign on the Blue New Deal; co-edited All We Can Save, an anthology of essays by women climate leaders; launched How to Save a Planet, a podcast that focuses on how to solve the climate crisis; and penned a poignant op-ed that examines how racism derails the environmental movement.

For the first time ever, Birch Aquarium bred and successfully hatched two rare Weedy Seadragons. The aquarium is now one of the few in the world to breed these unusual fish. After hatching in February 2020, the inch-long babies displayed the characteristic camouflaging appendages of the elaborate adult Weedy Seadragons in miniature. Both baby Weedy Seadragons have now grown to be about five-inches long and continue to thrive.

1 Through March 2020, Birch Aquarium was on track to break previous attendance records, pacing 5% above the prior record. The aquarium closed on March 12 due to COVID-19, and remained closed for the remainder of the fiscal year, accounted for lower numbers compared to previous years.

As a leading center for global earth science research and education, Scripps has a long history of technological advancement. In partnership with the U.S. Coast Guard as part of the 2018 Save Our Seas Act, in January 2020 a ribbon-cutting ceremony was held to open the new Blue Technology Center of Expertise (COE) located at Scripps. This new COE provides opportunities for cutting-edge blue technology research and implementation in Coast Guard activities, and will better connect the Coast Guard with the government, academic, and industry innovation ecosystem in the San Diego area.

Read more about blue technology and the new COE 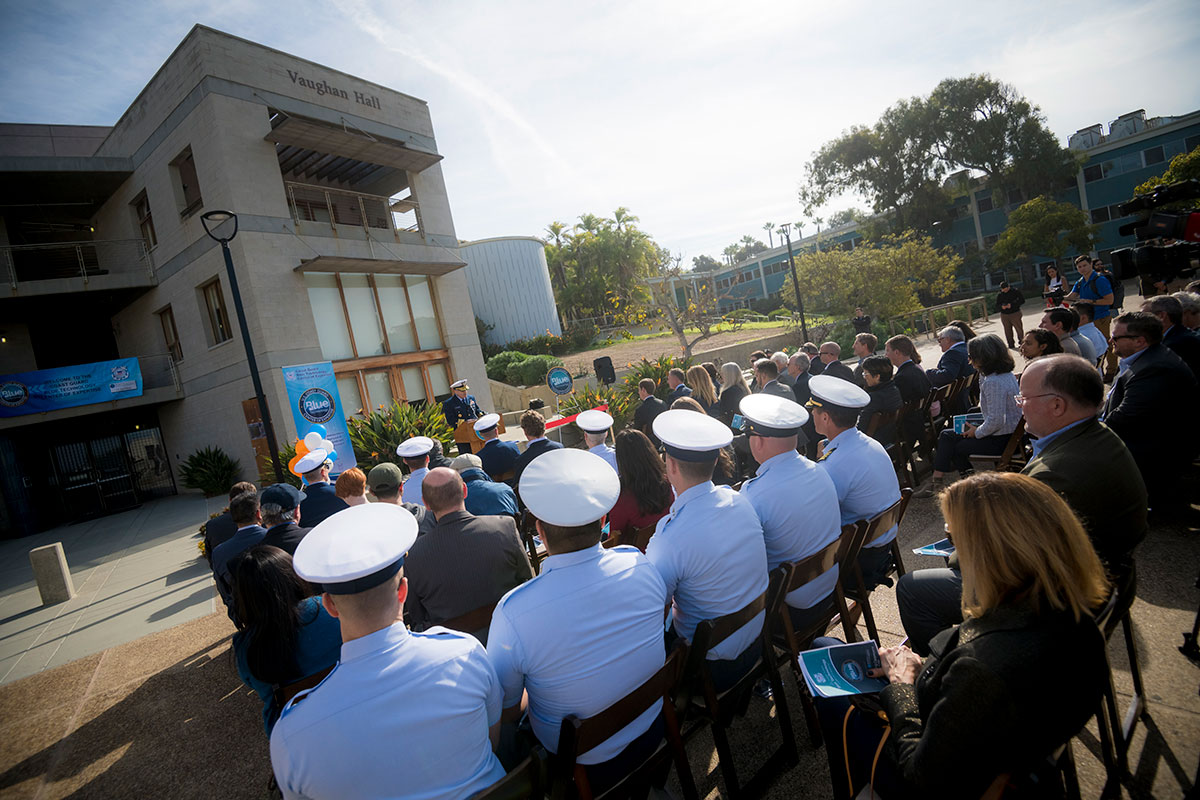 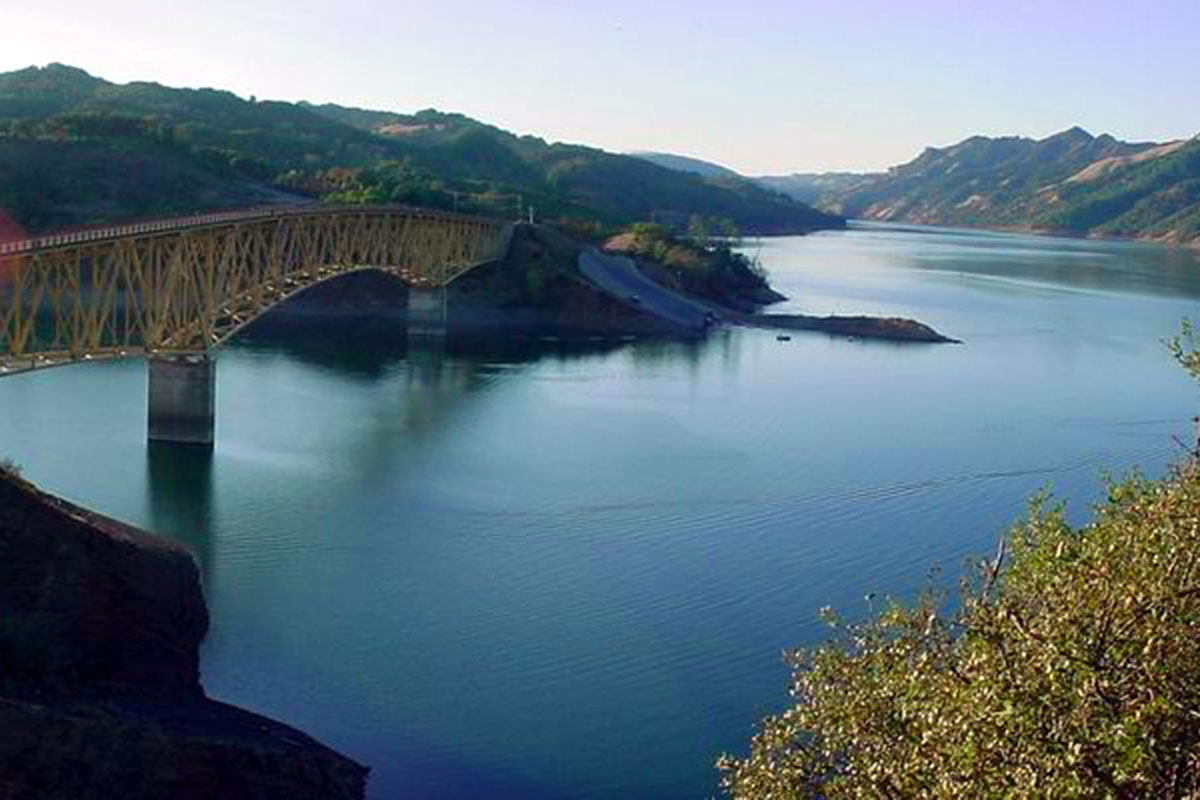 The newly formed Water Affiliates Group (WAG), formed by the Center for Western Weather and Water Extremes (CW3E), brings together water agencies and other water resource stakeholders to share information about water management, reservoir operation, and atmospheric data. This new group will allow members to strategize and execute plans for research and applications developments that support best practices in forecast-informed water operations, and pioneer solutions in water supply management.

Read more about this new coalition and its founding members

At the 25th Conference of the Parties (COP25) in Madrid, Spain, delegates from Scripps Oceanography made more than a dozen presentations on science topics, including on the new recognition of Indigenous knowledge as a resource for confronting climate change. A highlight of the two-week event was a visit by House Speaker Nancy Pelosi and several other Congressional representatives to the delegation’s exhibit. 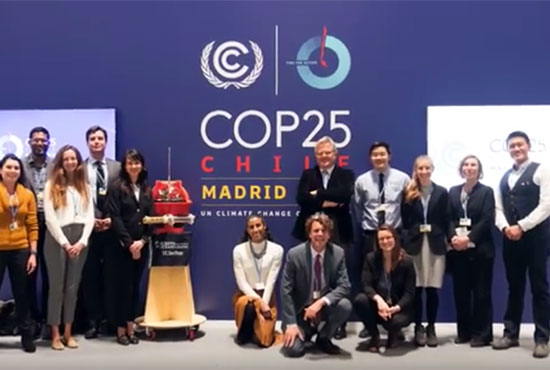 Scripps vessels serve a large and diverse group of scientists, students, and educators. During calendar year 2019, Scripps oceanographic research vessels carried 1,030 people to sea on 56 separate research missions, spending 430 operational days at sea conducting scientific research and instruction. Of the people who sailed aboard, 209 were from Scripps, and the remaining came from 32 different institutions. The robust use of the Scripps fleet in support of research and education is sponsored by the National Science Foundation, the Office of Naval Research, NOAA, NASA, and the Bureau of Ocean Energy Management.

Additionally, the UC Ship Funds program awarded 529 students, scientists, educators, and technicians the ability to pursue research and instruction at sea. Made possible by support from UC San Diego, Scripps Institution of Oceanography, and forward-thinking philanthropists, this program provides significant support for independent research and instruction at sea aboard Scripps ships.

Thank you to our donors!

This section provides an overview of revenue and expenses, census and award info, and a list of sponsored research funding entities.