Scripps celebrates the Class of 2022, checks in to see where some of our graduates are headed next
Author
Brittany Hook
Topics
Share

The Class of 2022 is ready for liftoff. During their time at Scripps Institution of Oceanography at UC San Diego, these remarkable students gained expertise in fields including ocean and atmospheric science, climate science, ocean biological disciplines, earth sciences, science policy, conservation, and more—all while simultaneously navigating research and studies during a global pandemic.

The Class of 2022 at Scripps Oceanography includes 175 students who participated in recognition ceremonies this June, and likely several more who will complete their degrees later this year.

During her whirlwind Scripps visit, Meir met with students and researchers, greeted graduates, and presented Director Margaret Leinen with some Scripps items that she brought with her to the International Space Station—including flags, pins, and a custom designed patch representing her path from marine biology to space. In turn, Leinen presented Meir with a special shell from the Scripps Invertebrate Collection. The shell—from the sea snail Siratus alabaster—was selected by Collection Manager Charlotte Seid because its shape resembles a spectacular photo of Meir and her colleagues ascending into space aboard a Soyuz MS-15 crew ship.

Among Scripps Oceanography’s latest graduates are 17 PhDs, 22 Master of Science graduates, 34 Master of Advanced Studies recipients, and 102 undergraduate degree recipients. We checked in with several Scripps graduates to see where they are headed next. 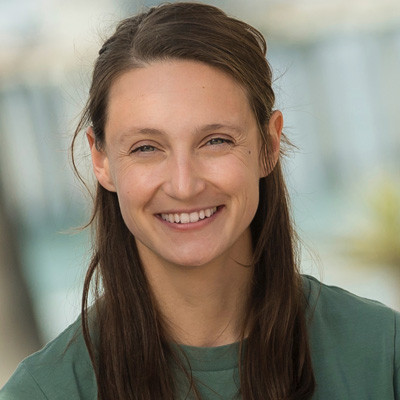 While a PhD student in the marine biology program, Katherine Bauman studied marine chemical biology in Brad Moore's lab. Her research focused on the biosynthesis and bioengineering of marine microbial natural products. In March 2022, Bauman’s research detailing how a marine bacterium makes a potent anti-cancer molecule was published in the journal Nature Chemical Biology, earning her the 27th annual Edward A. Frieman Director’s Prize for Graduate Student Research. This Scripps-given award was established in 1996 to honor the eighth director of Scripps on his 70th birthday.

“Being awarded the 2022 Frieman Prize for my paper on salinosporamide biosynthesis is such an honor,” said Bauman. “This molecule has an incredibly rich history at Scripps and I feel so lucky to have played a small part in it!”

Next up, the newly minted PhD will head to Stanford University for a postdoctoral position in the Bioengineering Department. 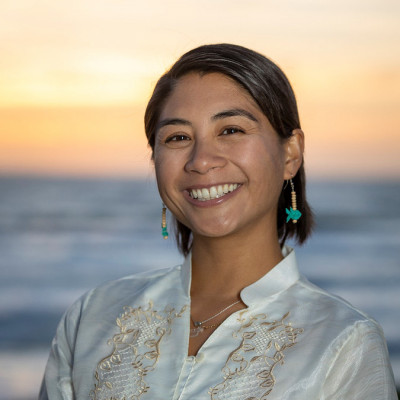 As a student in Scripps’ Master of Advanced Studies program in Marine Biodiversity and Conservation (MAS MBC), Kaycey Bui aimed to learn more about kelp ecology, scientific research diving, and sustainable seafood. Her capstone project focused on analyzing the outcomes of a local food distribution program that supported San Diego fishermen, chefs, and those who faced increased food insecurity during COVID-19.

“I aimed to better understand cultural, social, and career benefits that chefs involved in the program gained,” said Bui.

She is currently working as a student aquarist at Birch Aquarium at Scripps and as an algae lab technician at Blue Ocean Barns, and said she hopes to continue working with San Diego fishing communities and sustainable seafood systems. 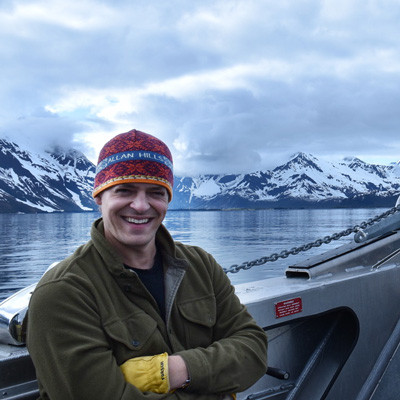 Now he’s continuing on at Scripps to complete postdoctoral work as an NSF Oceanography Fellow. He’ll be working with Scripps geoscientist Sarah Aarons and J. Craig Venter Institute scientist Chris Dupont to study the melting of glaciers and their effect on the polar coastal ecosystems. 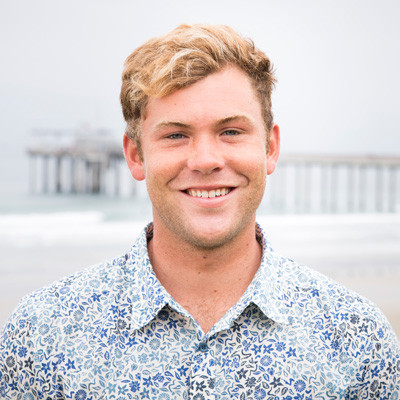 The Sussman Foundation has funded Garner to continue bait testing with the local rock crab fishery this summer. He also wants to look into opportunities to further utilize fish waste by connecting seafood processors and farmers in San Diego.

“Post-Sussman, I hope to find a career locally in sustainable fisheries and seafood and continue working on collaborative research projects where processors, fishers, and researchers work together,” said Garner. 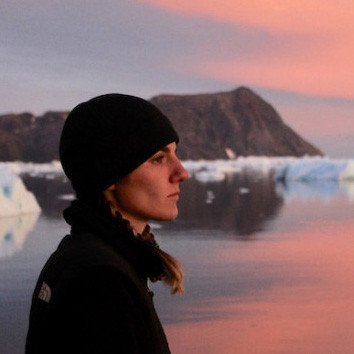 She’ll be staying on at Scripps as a postdoctoral researcher for a few months and will take part in Straneo’s six-week OSNAP cruise (Overturning in the Subpolar North Atlantic Program) from Reykjavik, Iceland to Nuuk, Greenland. Beginning in November, Lindeman will be a postdoctoral research fellow at the University of Southampton (UK), working with researcher Alberto Naveira Garabato to study ocean controls on Antarctic sea ice and sea ice impacts on Southern Ocean circulation. 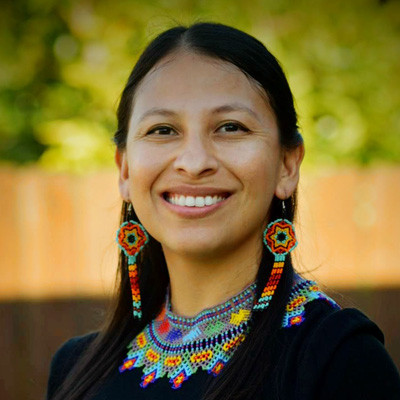 Anaí Novoa is completing a PhD in marine biology, with a focus on ocean biosciences. Her research with the Ryan Hechinger Lab investigates the interplay between parasitism and host biogeography—or geographical distribution. With the rise in the number of species shifting their range boundaries in response to global climate change, a major concern is how those species will be affecting the new communities that they colonize, and a topic of special interest is the possible transport of infectious diseases and parasites. “We actually know very little about how parasites are distributed throughout their host's geographic ranges,” said Novoa. Her thesis work seeks to address these questions in a hypothesis-driven framework, and she has conducted fieldwork and sampling of fish and invertebrate species at more than 50 sites along the coast, from the southern tip of Baja California Sur to the northern tip of Washington.

Novoa will be finishing her PhD and manuscripts in September, along with the important community engagement work that she does as an EDI Fellow at Scripps. She’ll also be completing her long-standing work with Ocean Discovery Institute (ODI). She is an alumna there and currently serves in its Science Advisory Council and as a mentor as part of its College and Career Access Mentoring Programs (CAMP). Novoa said she has been inspired by her experiences as a mentor and teaching assistant and even earned Scripps’ “Outstanding TA” award this year.

“I am so grateful for the time I have spent at Scripps, which really began when I was a 2011 SURF participant—that formative experience and opportunity solidified that I not only wanted to (and can) pursue a PhD, but also, that I wanted to pursue my PhD at Scripps,” said Novoa. “I am excited to bring the skills and knowledge I have cultivated during my time at Scripps—and for the opportunity to continue my long-standing service and community engagement efforts to foster a more equitable and inclusive academia. I also look forward to continuing to use host-parasites as a model system to test basic ecological questions, and improving our understanding between parasitism and host biogeography.” 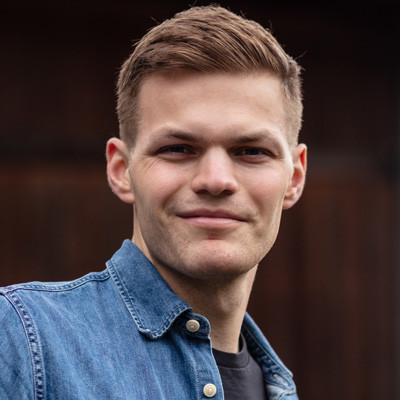 While a PhD student in the physical oceanography program at Scripps, Channing Prend studied Southern Ocean dynamics with Scripps oceanographers Sarah Gille and Lynne Talley. His research focused on how the circulation of the Southern Ocean impacts biogeochemical cycles around the world.

“This region plays an outsized role in the global climate system and carbon cycle, so studying these processes is crucial to improving climate models,” said Prend.

Next up, Prend will start a postdoctoral fellowship though the NOAA Climate and Global Change Postdoctoral Program, studying submesoscale sea ice variability at the University of Washington and Caltech. 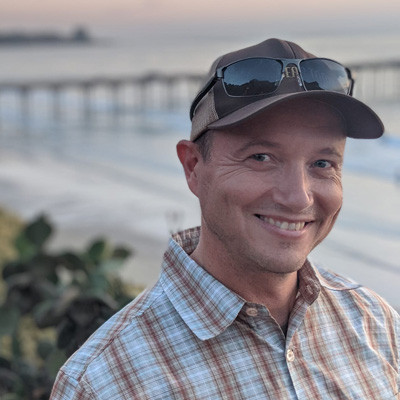 Immediately after the MAS MBC program, he intends to work as a fellow, where he can gain further experience with ocean resource management and conservation.

“Longer-term, I am seeking a position in the government or nonprofit sectors from which I can influence ocean fishery policy,” he said. 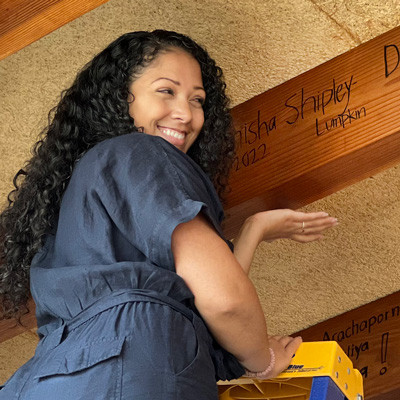 Kenisha Shipley conducted doctoral research in the marine chemistry and geochemistry program at Scripps, working with researcher Todd Martz. Her projects were focused on collecting and analyzing the biogeochemical data from a local lagoon as part of a NOAA initiative to monitor aquafarms and shellfish hatcheries. She worked with the Carlsbad Aquafarm and used specialized instruments to collect carbonate system measurements in order to establish a baseline for this lagoon and observe what drives the high variability on a seasonal scale. During her time as a PhD student, Shipley also collected important biogeochemical data during the 2020 red tide which allowed scientists to observe the drastic shifts that can take place in a lagoon ecosystem and how these changes affect the overall health of shallow coastal systems.

Next up, Shipley hopes to line up a postdoctoral position at Scripps with a different research focus that would allow her to incorporate aspects of public health and environmental justice.

“One of the projects I’m hoping to work on would look at how water quality is affected after a wildfire and the impact this can have on disadvantaged communities and other vulnerable populations,” said Shipley. 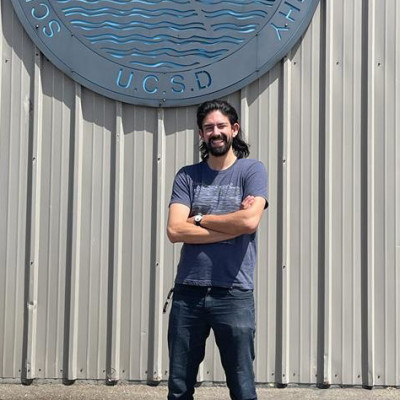 Martin Froger Silva just completed the Master of Advanced Studies program in Climate Science and Policy (MAS CSP) at Scripps. His capstone project was a video documentary on the human health impacts caused by the shrinking Salton Sea—California's largest lake, the science behind what's driving those impacts, and the people impacted.

Next up, Froger Silva hopes to use his degree and skills for work in video production, strategy, and communications at climate and environmentally minded organizations, as well as video and multimedia journalist positions.

“I'm looking to work on projects that help inform the public while sharing the stories of those who have been or are being left behind,” said Froger Silva. “Some science communications thrown in there is a huge plus, and I'm looking to leverage what I've learned at Scripps on the subject to tell better, more impactful stories.” 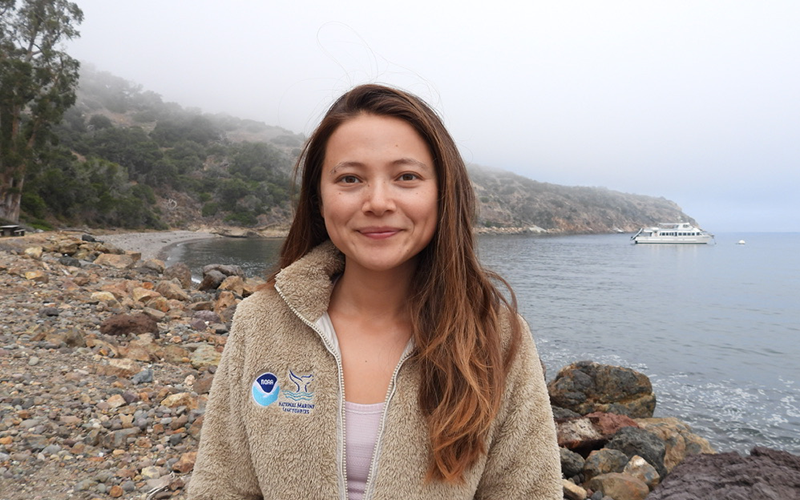