New research from scientists at Scripps Institution of Oceanography at UC San Diego points to the promising potential of genome mining – the identification of genes in an organism’s DNA that code for the construction of natural products. These molecules could have sweeping implications for society, from manufacturing to medicine.

Scripps postdoctoral researcher Tristan de Rond uncovered a new enzyme process in a marine bacterium that could hold potential for future laboratory experiments. This enzyme is responsible for creating what’s known as an oxazolone, a type of chemical compound that is important for the synthesis of other biological compounds and is widely used in manufacturing. And it all started with his gut feeling.

De Rond says he used to let his intuition take over which particular bacteria genes he should study. This time around, however, he wrote an algorithm to help decide which of the 5,000 genes to select.

“Interesting combinations of things always catch my attention: dishes with ingredients you don’t usually see in a recipe together, musical ensembles with instruments that don’t traditionally play together,” said de Rond. “In the same vein, I decided to program an algorithm that searches for genes that are made up of parts that nobody had studied together before.”

De Rond is a member of Bradley Moore’s lab at Scripps Oceanography’s Center for Marine Biotechnology and Biomedicine. Moore’s lab is specifically focused on genome mining.

With millions of genes in the natural world, finding those that make useful molecules is like searching for a needle in a haystack. De Rond and Julia Asay, who at the time of the study was a UC San Diego undergraduate student, started with an already-sequenced genome for the marine bacteria Pseudoalteromonas rubra. They used de Rond’s algorithm to target a particular gene, and then extracted it and placed it in a host organism; in this case the bacteria Escherichia coli, the genome of which is well-studied and is used as a host by scientists to understand how a new gene might act.

The process resulted in the E. coli turning bright yellow, indicating that this gene was responsible for creating a new compound.

Genes are like an instruction manual for life. They carry information that determines traits and characteristics. In some cases, they encode information to build protein molecules. The molecules that genome miners are most interested in are enzymes, a protein that acts as a catalyst for biochemical reactions. Enzymes speed up the rate of chemical reactions that take place within cells, and serve a wide range of functions including aiding in metabolism and digestion.

“In our field, we spend a lot of effort trying to engineer enzymes to perform reactions that are useful to society,” said de Rond. “It turns out many of the enzymes we want were present in nature all along. In this case, the gene was in plain sight, but nobody had tested its function before.”

The gene in de Rond’s study turned out to be one that encodes for an enzyme. When inserted into E. coli, the gene triggered the creation of that enzyme, which resulted in the synthesis of a compound that turned the E. coli yellow. This specific chemical reaction had never been seen in nature before. The findings were recently published in Nature Chemical Biology.

After further study, de Rond and his team found that this enzyme was responsible for creating an oxazolone. Oxazolones are widely used in manufacturing to bring about chemical reactions, and are common compounds used to create medications. In many cases, oxazolones used in laboratory settings are manufactured from petroleum, requiring the use of nonrenewable resources. De Rond and his team are hopeful that this study could lead to the use of natural products instead of those made from fossil resources.

“Nature can do chemistry better than we can,” he said. “Can we make these compounds that we need using nature, instead of processes that are harmful to the climate?”

De Rond also stresses the implications this study could have for future undergraduates. The potential for genome mining is endless, and the same process used in this study could be replicated many times over, providing valuable research opportunities for undergraduates looking to bolster their laboratory experience.

“Genome mining is quite interdisciplinary, which makes these projects amazing opportunities for undergraduate students to get hands-on experience with many techniques,” he said. “During her time in the Moore lab, Julia learned skills in microbiology, molecular biology, biochemistry, organic chemistry, and analytical chemistry. Such breadth is almost unheard of for undergraduate research experiences!”

After graduating, Asay used her experience to launch her career in biotechnology, securing a job at Gingko Bioworks, a biotech company based in Boston that specializes in using genetic engineering to produce bacteria with industrial applications.

“This experience provided me a unique opportunity to engage in cutting edge scientific research usually reserved for those who already have a background in science,” said Asay. “This allowed me to hone a diverse skill set at the crossroads of biology and computational science, making me a more versatile and competent scientist and helping to propel me to a career in the biotech industry.”

By formalizing his intuition into an algorithm, de Rond hopes that other researchers will also be able to identify genes that could hold the potential to change science, making research greener and unlocking more natural products that benefit humanity.

“I hope that by continuing to discover enzymes like this, one day we will have access to a ‘toolbox’ of enzymes that we can mix-and-match to produce any molecule we need in society in an environmentally sustainable fashion,” he said. 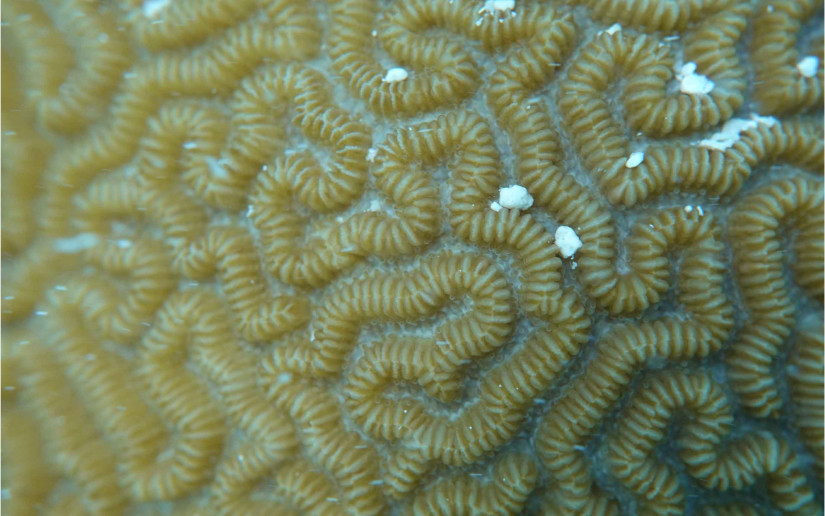