Daniel Conley is a fifth-year PhD student at Scripps Institution of Oceanography at the University of California San Diego. Born and raised in Pittsburgh, Penn., Conley spent the first two years of his undergraduate career at the University of North Carolina Wilmington (UNCW) where he majored in marine biology and theater arts. He then transferred to the University of Pittsburgh (UPIT) where he received a Bachelor of Arts degree in Japanese language and literature, an Asian studies certificate, a bachelor of science degree in biological sciences, and a minor in theater arts.

Conley is now studying coral ecology, behavior, and physiology in the labs of Brian Mitchell, a professor emeritus in the Integrative Oceanography Division, and Jennifer Smith, an associate professor in the Marine Biology Research Division. His research currently focuses on coral polyp behavior, which studies how corals respond to different water flow and light conditions. We talked with Conley to see what brought him to Scripps, what ignited his fascination for coral, and more.

explorations now: Why did you choose to attend Scripps for graduate school—first as a Master of Advanced Studies student, and then as a PhD student?

Daniel Conley: During my final year as an undergrad, my best friend from UNCW was working on his PhD at Scripps and invited me and my now wife out for spring break to visit. We both fell in love with San Diego and Scripps and we both knew we wanted to move here after my graduation. Before applying for the doctoral program and Master of Advanced Studies (MAS) program in Marine Biodiversity and Conservation at Scripps, I actually started out working in the education department at the San Diego Zoo Safari Park. Around this time, I also started volunteering at Birch Aquarium, where I eventually got a job as an aquarist, as well as in Jen Smith's lab at Scripps where I worked on identifying coral species for a NOAA photo data set.

Initially, I did not get into the PhD program at Scripps, however, I was accepted to the MAS program and I spent an awesome year at Scripps developing my own original research project assessing the impact of the marine protected areas system set up by the Japanese government to promote a healthy reef around Ishigaki Island in Okinawa, Japan. Halfway through the program I started volunteering in the Scripps Marine Vertebrate Collection where I spent my time identifying fish from old collections, some dating back to the 1940s, to be added to the official catalog. After I graduated from the MAS program, I was offered a job working in the Scripps Collections and I worked there part time for just about a year. During that time, I reapplied to the PhD program and was accepted for the 2014 academic year.

DC: My current research involves coral behavior and physiology. We have known for years that corals have a response to light, but we don’t fully understand it. What I am looking to do is fully characterize coral behavioral responses to light and water flow and try to determine the underlying mechanism(s) behind the response. Another key question that I am working on is how the movement of coral polyps affects the overall reflectance of the coral. Primarily I use a flow chamber to create a steady flow of water that can be measured. Then I put a coral in the chamber and film it with a microscope video camera during a series of trials where I change the water flow and light. I use the video so I can see what the corals are doing at any given time. I take reflectance measurements at set time points during the trial and compare them to the videos.

My most recent trip into the field was to try and get similar measurements from corals grown under natural light from a reef. I went to a research station for ten days on Heron Island in the Great Barrier Reef. I did a lot of sampling of the corals and brought them back into the lab. I also did some short tenting experiments in situ to see how corals responded to changes in light on a short time scale, about five to eight minutes.

DC: As far as my educational background is concerned, I always knew I wanted to get a PhD in marine sciences since I was a young child. I decided I wanted to be a marine biologist when I was in the eighth grade. I also decided then that I would study coral reefs. I was that kid who had a menagerie in his room with on average nine to ten tanks up and running at any given time. If it lived in water, I was all about it. When I turned 16, I approached the owners of my local pet shop in Pittsburgh and asked for a job in their aquatics department. They told me that they had a policy of only hiring individuals 18 and older but since they knew me because I was a frequent customer, they gave me the job anyway. I worked for them my last two years of high school (1998-2000) and then on and off until I moved to California in 2010. I decided to procure that job to gain valuable husbandry and work experience before I went off to college.

en: What led you to pursue such a diverse educational background in your undergraduate career?

DC: I started my collegiate career at UNCW. At this point I had been acting for about four years and I loved it almost as much as I did marine science. So, when I started at UNCW I immediately declared a double major in marine biology and theatre arts. When I got to UPIT, I started the Japanese degree program in tandem with the biology program. Then I took the big step of moving to Japan to teach English for a year. This was a great experience and I discovered my love for teaching; something that I had an inkling about from my days working in customer service but didn’t fully appreciate until I moved to Japan. When I returned home, I found a job teaching at a local charter school. My first year there I taught Japanese language to children in kindergarten to fifth grade. At the same time, I started back at UPIT part-time to finish my biology degree. 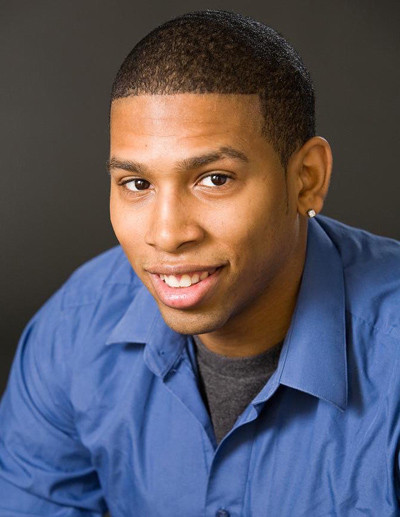 DC: My typical day consists of me waking up between 5-6:30 a.m. to trade on the stock market, usually until 7:30-8 a.m. From there I help get my three kids ready for school and maybe drive one of them there. About three times a week I go to the YMCA to work out for a half an hour. When I get to campus, it is usually about 11 a.m.-noon and I go to my office and prepare for the rest of my day. I check emails and do literature searches, or other tasks that I have to do like data analysis or 3D model work. I usually end up in the lab around 3 p.m. where I am either running an experiment, building something to run an experiment, or conducting maintenance on my coral tanks. I usually head home around 7 p.m. to have my first meal of the day after bathing the children and getting them to bed. On weekends, I spend time with my family and try to do fun things with my kids. We recently had a trip to Disneyland for my eldest’s birthday. I also use the weekends to work on my cars. We have two cars that we use daily and I have one project car I’ve been working on for some time now.

DC: The most exciting thing about my work is the possibility to discover new things and answer questions that I didn’t know I had when I started.

DC: My father was a tremendous force in my life and we were very close. He made me the man I am today. My mother continues to be a confidant and friend who has always supported me in my many endeavors.

DC: One of my biggest “problems” I struggle with daily is having way too many interests and talents. There just isn’t enough time in the day to do everything I want to do. Time management is one of my biggest hurdles as a student. My time is split between my family and my work. So it can be tough sometimes to juggle everything I have to do on any given day.

DC: I plan to continue in my line of research for a few years, but ultimately want to get into policy. I plan to run for office somewhere in California because I am of the strong belief that we need more scientifically literate people to run for office.

This interview has been condensed and edited.

Reflections on COP27 from a First-Time Delegate