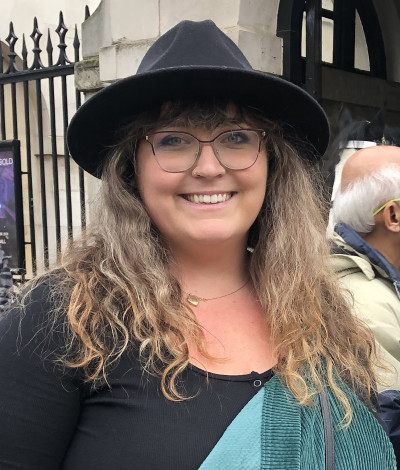 Alaina (she/her) is a 5th year PhD student in Biological Oceanography, studying phytoplankton biogeography and diversity. She has been a member of WMIS for 5 years, and Co-Director since 2020. Her favorite event is the Student Seminar Series because she loves learning more about what everyone studies, what they’re interested in, and who they are as people rather than just researchers. 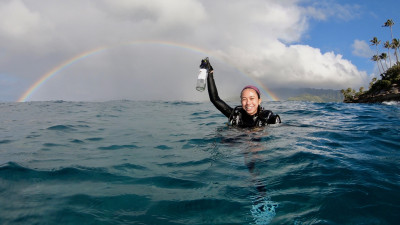 Anela (she/her) is a 4th year PhD student in Marine Biology. She studies what determines species distribution on coral reefs, and models how emerging interventions might make reef ecosystems more resilient to negative impacts. She’s been involved with WMIS since 2019, and joined the leadership team in summer 2020, previously serving as the Growing Up In Science Coordinator. Although she may be biased, her favorite WMIS event is Growing Up in Science. Being able to speak candidly in a safe space with scientists about how they got to where they are (both the good and the bad) is a really unique experience. Each conversation is always so different, and she always finds them very grounding and inspiring. 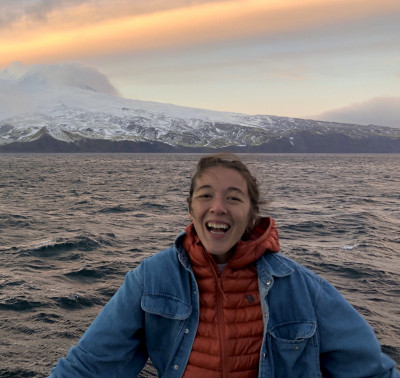 Alli (she/her) is a 4th year PhD student in Applied Ocean Sciences where she studies how surface waves move and interact with the ocean and the atmosphere. She’s been a part of WMIS since 2018, and became the WMIS Historian in 2020. Alli’s favorite WMIS event is the Skill Shares not only because they’re so much fun and she’s learned so many new skills, but because it allows people to share their passions and interests and culture outside of science! 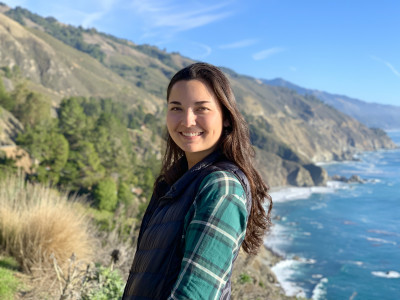 Ariel (she/her) is a 5th year PhD student in Biological Oceanography, studying carbonate chemistry and hypoxia on coral reefs. She has been a member of WMIS for 5 years, and served as co-director from 2020-2021. She has always loved Growing Up In Science, and thinks it’s an amazing opportunity for students to see how different each scientists’ journey can be! 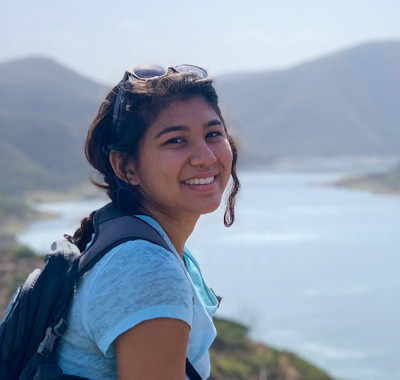 Shailja (she/her) is a 3rd year PhD student in Biological Oceanography, studying plankton patchiness in coastal upwelling systems. She’s been a member of WMIS since she began at Scripps in 2019, and recently joined WMIS leadership. She loves the WMIS beach hangout events because it’s a great way to unwind at the end of the week with an awesome community. She also says, “Stay tuned for some terrific Skill Share events! These are great activities where we can learn from others, pick up new skills, share cultures, and have some fun.” 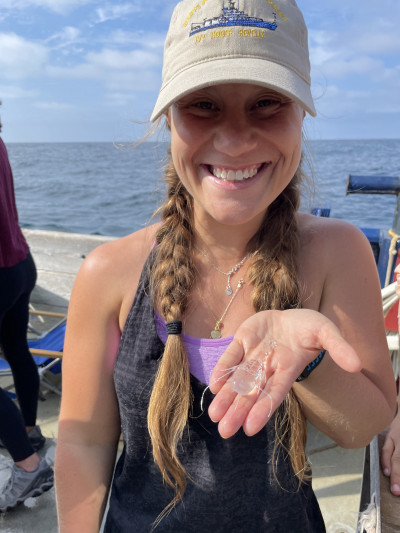 Olívia (she/her) is a 4th year PhD student in Biological Oceanography. She studies deep-sea ecology, focusing on community dynamics and trophic ecology. Specifically, she's interested in invertebrates associated with hard substrates at methane seeps and mineral-rich rocks on continental margins. While she just became a member of WMIS leadership in 2021, she's been attending WMIS events since she started her Master's degree in 2017. She says the reason she's the coordinator of the Student Seminar Series is because it's her favorite WMIS event! She enjoys learning about all the incredibly diverse research that SIO students are working on. It also provides an opportunity to connect with others at SIO. Her second favorite event is Growing Up in Science, because she's received some amazing, unforgettable advice from speakers. Fun Fact: Olívia is an exceptional science communicator! Check out her Instagram (@seathescience), where she talks about the deep-sea and life as a graduate student - from the highs to the lows. She's also OBSESSED with crustaceans and has countless selfies with 'crusties' in her hands. 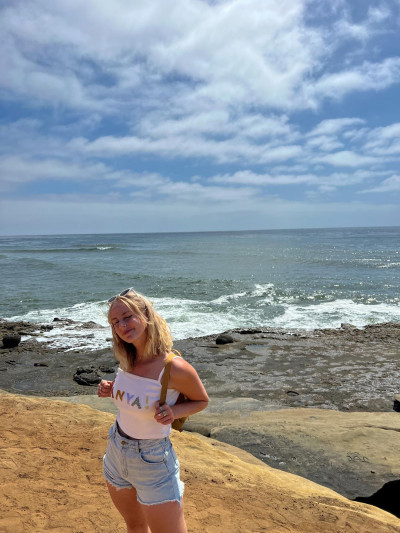 Anya is a 2nd year PhD student in Biological Oceanography. She studies zooplankton ecology and the many sub-facets within the field, ranging from ocean acidification to food webs. She joined WMIS in Fall 2021 during her first quarter as a graduate student, and quickly jumped onto the social media team during her second quarter at Scripps. She loves the WMIS Skill Share events because they’re a great way to learn something new and connect with the WMIS community at the same time. Fun face: Anya loves brewing her own kombucha, and welcomes new flavor combo suggestions for future batches of booch! 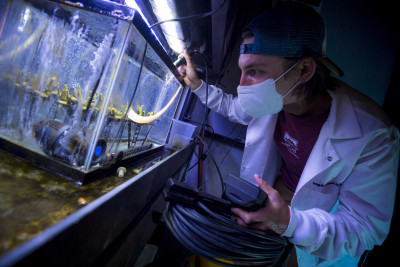 Angus (he/him) is a 3rd year PhD student in Marine Biology. He studies the physiology of photosymbiotic associations between invertebrates and microalgae. This is his first year as a member of WMIS, and Growing Up in Science events are his favorite because they provide a unique insight into the paths of our peers to their current positions. In particular they help him understand the diverse backgrounds of many of his colleagues. 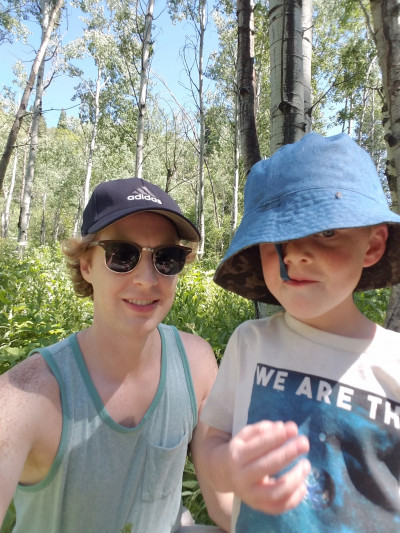 Eric (he/him) is a 5th year PhD student in Applied Ocean Sciences where he studies whale acoustics, tomography, and acoustic source localization. He’s been a part of WMIS and the leadership team since 2018. His favorite WMIS events are those centered around racism, colonialism, and by-stander intervention because they’re very informative and useful for the whole community. He’s also a student parent and involved with the Parents and Caregivers student organization, where they advocate for and share resources to students with dependents at UCSD. 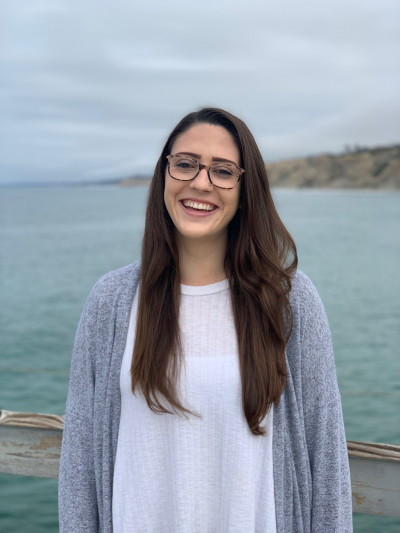 Kelli (she/her) is a 6th year PhD student in Marine Biology. She studies microorganisms (e.g., bacteria) that live and thrive in extreme environments, with her work spanning everything from the Deepwater Horizon oil spill to the search for extraterrestrial life. She’s been a member of WMIS since 2018, but only recently joined the leadership team! Growing Up in Science is her favorite WMIS event. She says that being able to hear about the different paths that people follow (both inside and outside of academia), the hardships they've faced/still face, and how these experiences have shaped them into the scientist (and human!) they are is so amazing. She also says it’s a chance to see a side of these brilliant scientists that you don't get anywhere else, and the lessons learned are invaluable. In her free time she likes to crochet, embroider, bake, and tend to her garden - many of these skills and interests she’s developed through the WMIS Skill Share event! 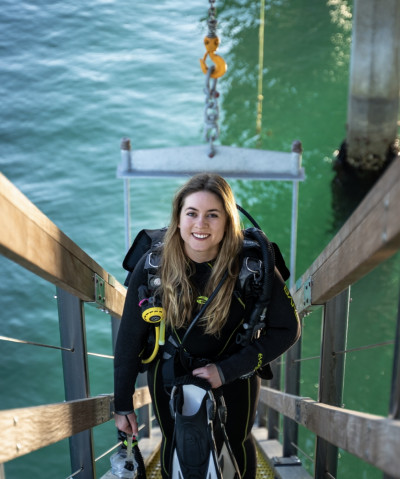 Kayla (she/her) is a 5th year PhD student in Marine Biology. She studies the biochemistry of local sea sponges to help improve human health. She discovers new molecules from sponges, figures out how they're made, and whether we can turn those molecules into medicines. She's been a member of WMIS since 2017, and joined the leadership team in 2019 as an event planner. Kayla loves the multicultural potlucks and movie screenings WMIS has held in the past, and is so grateful for the support she's received from the WMIS community throughout her grad school experience. 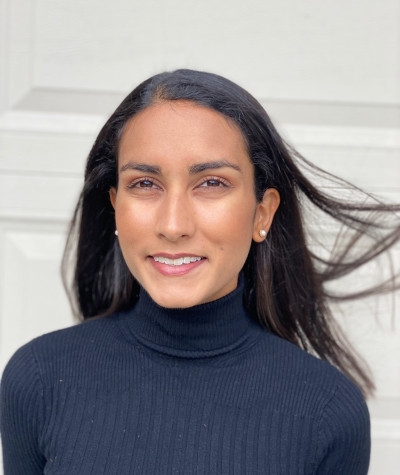 Monica (she/her) is a 4th year PhD student in Marine biology, studying diatoms and small molecules in the ocean. She’s been a part of WMIS since 2019, and loves the WMIS Working Group! 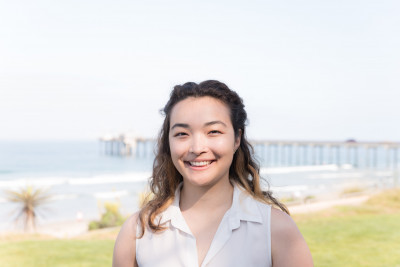 Nat (she/her) is a 1st year PhD student in Applied Ocean Science. She’s interested in underwater acoustics, and has previously studied how we can use acoustics to characterize sediments and bubbles. This is her first year at Scripps, but WMIS was one of the reasons she decided to study here! She loves the WMIS beach hangout, and thinks it’s a great way to meet people face-to-face after months of Zoom. She’s also 20 come. Fun fact: Nat used to figure skate competitively!

Erica (she/her) is a 5th year PhD student in Marine Biology. She’s generally interested in coastal systems and climate change - everything from marine ecosystem dynamics to small-scale fisheries. She's been a part of WMIS since 2017, and a member of the leadership team since 2019. Erica is a huge fan of the "Sip & Swap" events WMIS has held, and says WMIS has given her an awesome space to connect with other students at Scripps! She so appreciates the work that WMIS members have done and will continue to do to make Scripps campus more fun and inclusive.