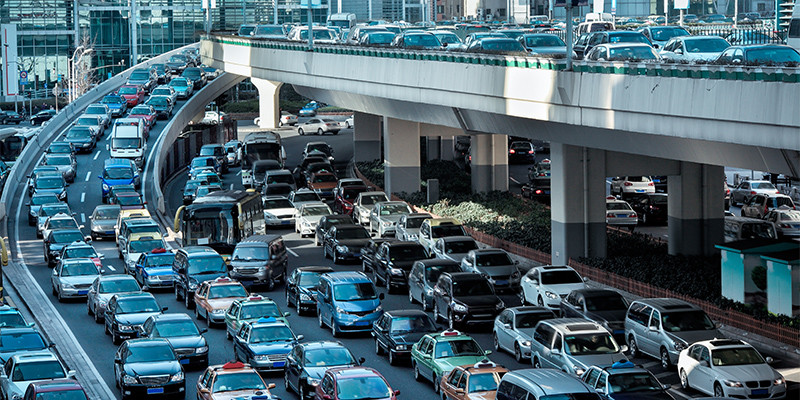 What is carbon dioxide and how is it connected to climate change?

Carbon dioxide and other natural greenhouse agents help maintain temperatures within a range that allows life on Earth to flourish. Human activities, however, have pumped carbon dioxide into the atmosphere at a pace perhaps never seen before in Earth’s history. Researchers liken the excess CO2 to adding additional blankets on a cold night. Though the CO2 itself does not provide heat, it increases the atmosphere’s ability to trap heat that would otherwise be released into space.

About half of the excess carbon emitted by human activities every year stays in the atmosphere. The other half is removed from the atmosphere by terrestrial ecosystems and the ocean. Without these two repositories called “carbon sinks” by scientists, carbon dioxide levels in the atmosphere would be rising even faster. Excess CO2 can remain in the atmosphere for a long time – decades to centuries. Hence it is called a "long-lived greenhouse gas.”

How do we know that CO2 is increasing in the atmosphere?

Prior to the 20th century, CO2  levels had not exceeded 300 parts per million (ppm) at any point in the past 800,000 years. High-precision measurements of atmospheric CO2 made by the Scripps CO2 Program and other organizations showed that average global concentrations in May 2020 were about 100 ppm, or 33 percent, higher than the first direct atmospheric measurements made in the 1950s. Records from Mauna Loa in Hawaii and the South Pole begun in the 1950s show nearly the same rate of rise over time, demonstrating that the rise is global in extent (see plot).

What is the Keeling Curve? 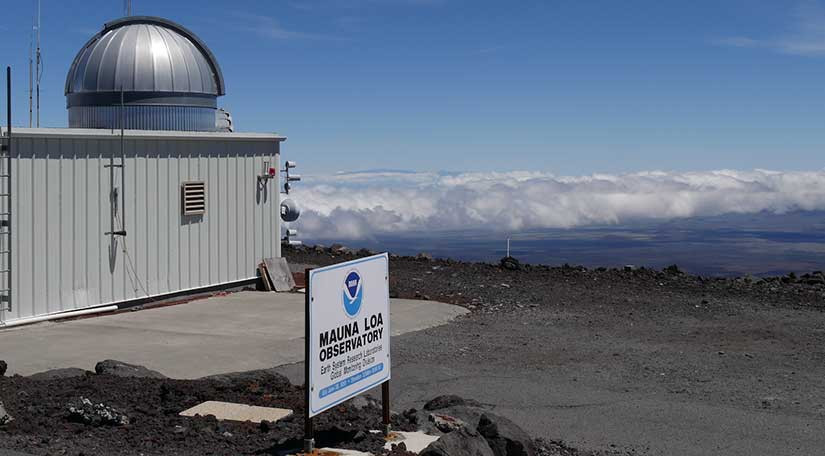 This record, from the NOAA-operated Mauna Loa Observatory, near the top of Mauna Loa on the island of Hawaii, shows that carbon dioxide has been increasing steadily from values around 315 parts per million (ppm) when Scripps researcher Charles D. Keeling began measurements in 1958, to nearly 420 ppm today.

Scientists make CO2 measurements in remote locations to obtain air that is representative of a large volume of Earth’s atmosphere and relatively free from local influences that could skew readings.

Global concentrations of CO2 are currently approaching 420 parts per million. The continued rise in CO2 indicates the likelihood that levels will rise far beyond 420 ppm before they stabilize. If the pace of the last decade continues, carbon dioxide will reach 450 ppm as soon as 2035. Carbon dioxide is the most significant human-made greenhouse gas, produced mainly by the burning of fossil fuels such as coal, oil and natural gas. The pace of rise depends strongly on how much fossil fuel is used globally.

Is the Current Rise in CO2 Definitely Caused by Human Activities?

The rise in CO2 is unambiguously caused by human activity, principally burning fossil fuels. Because fossil fuels are millions of years old, their carbon is chemically different than that produced by current natural processes such as decomposition or respiration. By analyzing atmospheric carbon, scientists can directly measure the unique chemical signature of  fossil fuels and so understand their role in increasing CO2.

Atmospheric CO2 has almost certainly been higher than present in Earth’s distant past, many millions of years ago. Even though the levels of CO2 in the air may not be unprecedented, the pace of its increase most likely is. Few if any natural processes can release fossil carbon into the atmosphere as fast as we humans are doing now by extracting and burning fossil fuels.

How are CO2 data collected and processed?

Scripps Oceanography scientists take air samples at NOAA’s Mauna Loa Observatory and at other stations all over the world. Automated equipment draws air samples at Mauna Loa but at many locations, researchers collect the air using glass flasks that are evacuated, meaning they have no gases in them at all. People take the flasks to locations where they can get clean samples of air, open the flask valves, and let air rush in before sealing them again. Flasks are shipped back to a lab at Scripps Oceanography, where they are attached to analysis equipment and the amount of carbon dioxide in the sample is measured.

The carbon dioxide in the samples is then separated from the rest of the air and captured in glass tubes. Researchers then measure the isotopic composition of the carbon dioxide contained in the samples, which helps them determine how strongly the sample was influenced by natural sources or from human sources such as vehicle exhaust.

For the Mauna Loa record that makes up the Keeling Curve, scientists report the monthly average of CO2 levels. Finer details of the recent record, including hourly, daily, and weekly averages, are available on the Scripps CO2 Group website.

With an elevation of 3,397 meters (11,145 feet) over the Pacific Ocean, the Mauna Loa Observatory is typically bathed in air that is representative of a large volume of the Earth’s atmosphere.  There is no vegetation at the barren site and the effects of a nearby volcano are usually small.  To provide a record that is characteristic of the free atmosphere over the Pacific Ocean, it is necessary to screen the data to avoid the influences of vegetation that grows at lower elevations or other island effects.

The daily values reported by the Scripps CO2 Group are therefore not simple averages of hourly data, but averages of “baseline data,”  hourly data from which temporary local effects have been removed.

The overall rise in CO2 is also seen from sites around the world (NOAA/ESRL Global Monitoring Division). Almost all of these measurements have been made by high precision infrared gas analyzers which are calibrated using internationally agreed-upon protocols.

Why Does Atmospheric CO2 Peak in May at Mauna Loa?

The Mauna Loa record has a sawtooth shape, peaking in May, and hitting a minimum around Oct 1st each year. This cycle is mostly caused by the forests of North America and Eurasia. From May through September, photosynthesis draws CO2 out of the air, fueling the growth of leaves, stems, tree trunks, and roots.  In the fall and winter, when plants are dormant, the decomposition of old plant tissues releases carbon dioxide back to the atmosphere, driving CO2 upwards.  May is the turning point between all the decomposition throughout the winter months and the burst of photosynthesis that occurs with the return of leaves to the trees in spring. CO2 measurements all over the northern hemisphere reflect this pattern of peak CO2 in late spring.

Isn't the Mauna Loa record influenced by CO2 emitted by the volcano?

If one looks at the minute-by-minute data from Mauna Loa, one finds rare occasions when the CO2 is elevated from emissions from vents known as fumaroles upwind on the mountain. The fumaroles are emitting constantly, so the timing of the events depends on wind direction and not changes in volcanic activity. These events impact only a tiny fraction of the data and are easily distinguished from the rest of the record. The reported version of the Mauna Loa record has been “filtered” to remove these events, as well as other certain local effects.